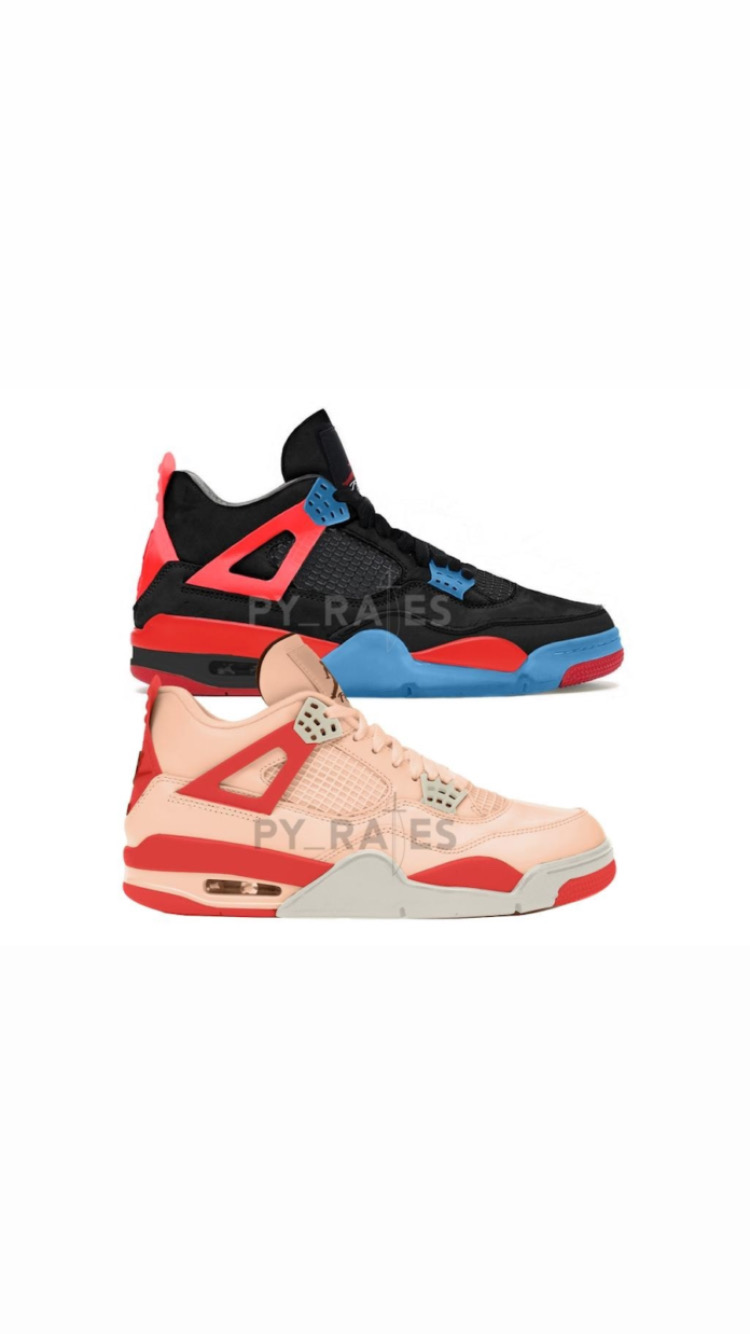 A few months ago, Chris Gibbs, the founder of the pioneering Los Angeles streetwear shop Union, hinted that he was working on a collaboration with Jordan Brand. After teasing out a sketch of this upcoming project, based on the Air Jordan IV silhouette, the @py_rates account unveils today the first mock ups. Two Union Los Angeles x Air Jordan IV are presented to us : one in Off-Noir/Fusion Red-Brigade Blue and the other in Guava Ice/Fusion Red-Light Bone.

According to the mock ups, these shoes are composed of an upper in guava for one and black for the other, with nets on the quarter panel and on the front of laces in the same color. On both iterations, the Fusion Red shade appears on the side laces cage, the heel tab and on the heel and mudguard clips. For the guava version, the laces eyelets are white-grey while on the black pair they are dressed in blue. To ensure matching, these colours are found on a part of the outsole that goes up the sides. For the guava sneaker, the whole is based on a guava midsole and a two-tone white-grey and Fusion Red outsole, and for the black shoe, the midsole is black and the outsole is blue and Fusion Red.

Both Union Los Angeles x Air Jordan IV are scheduled to be released on August 15, 2020, for a price of 250€ each. Their distribution will be different : the Off-Noir colorway will be released in selected retailers worldwide, while the Guava Ice pair will be available exclusively at Union shop.

This collaboration will also include a textile collection, consisting of coach jackets, pants, t-shirts… Stay tuned !