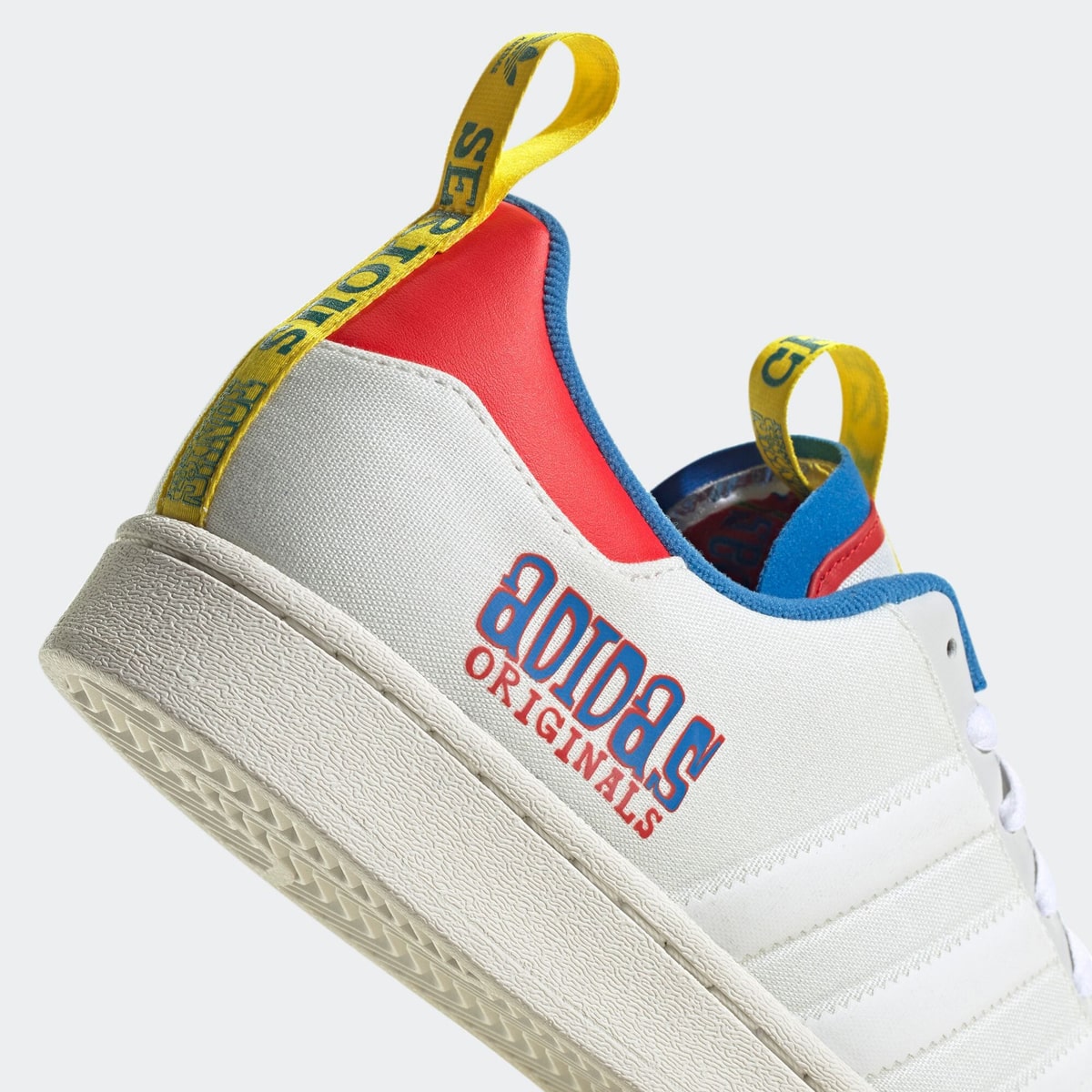 The legendary German brand ADIDAS invests in causes that are important to it. It works with the ecological association PARLEY for the Oceans and teams up with the designer Sean Wotherspoon who favors vegan and sustainable materials (several articles available on this site). Continuing in a committed approach, the brand with three stripes presents a Superstar designed with Tony’s Chocolonely.

Tony’s Chocolonely is a Dutch company that fights for chocolate to be produced 100% without slaves. Its origins date back to 2002, when Dutch producer and television journalist Teun van de Keuken exposed abuses within the cocoa industry. He discovered that almost no chocolate produced at the time was slave-free. Wanting to make a difference and restore justice, Teun van Keuken even asked to be prosecuted for buying chocolate made with slave labor. For 3 years he insisted, but no sentence was declared against him. So in 2005, the journalist decided to produce chocolate bars himself, 100% slave-free of course. Launched under the name of Tony’s Chocolonely, these products have been a great success and are now distributed in 22 countries. This brand is among the leading 100% slave-free manufacturers in the world. In 2018, Teun van de Keuken gradually stepped away from the company because he did not share the same ideas of marketing techniques, among others.

ADIDAS wanted to highlight to this committed brand by proposing it to reinterpret one of his cult silhouettes : the Superstar.

This special version has a rather discreet look and was designed using sustainable materials. It features a white canvas base with 3-Stripes and eyelets in matching leatherette or vegan leather. To evoke the color code and branding of the chocolate brand, the heel tab is dressed in red and the inner lining in blue. « ADIDAS ORIGINALS » appears emblazoned on the side heel in this red/blue combination and in Tony’s Chocolonely specific writing style. Yellow pull tabs co-branded with the chocolate brand’s slogan have been added at the heel and tongue. The look is finalized with all white shell toe and rubber sole.

The Tony’s Chocolonely x adidas Superstar will be released during this year 2022, at carefully selected retailers and on adidas.com, for a price around 100$. For the latest details, stay tuned !