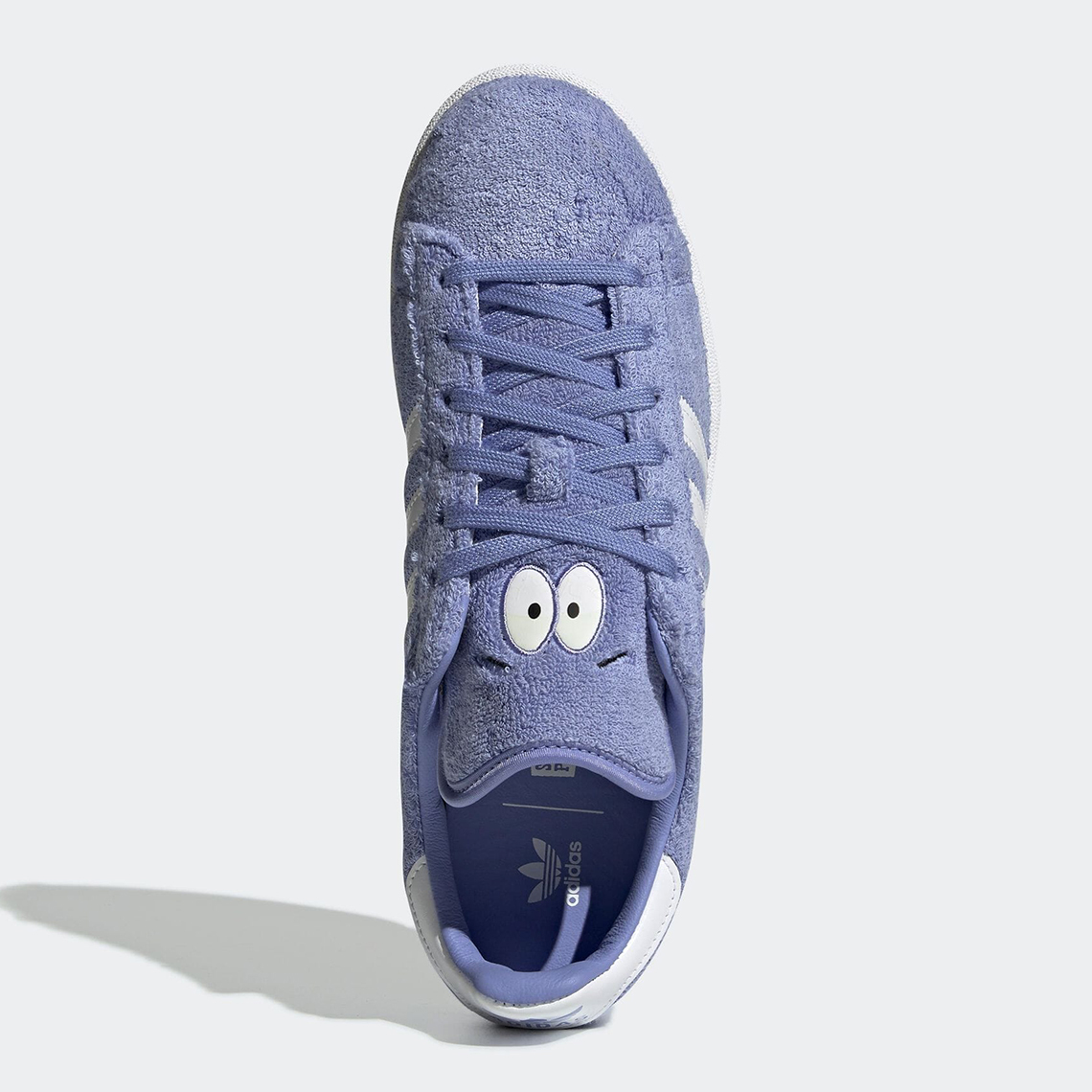 German sportswear manufacturer ADIDAS will celebrate the famous annual soft drug day, 4/20, with a Campus 80s « Towelie » designed in collaboration with the South Park animated series franchise. The pair pays homage to the secondary but memorable character « Towelie » (Servietsky in French) : the smart and weed-addicted towel.

The reimagined retro sneaker features the design and details specific to the character created by Trey Parkey and Matt Stone.

It consists of a lavender terry cloth upper, complemented by white accents at the iconic 3 leather side stripes, heel tab and midsole. The inner lining and laces are presented in lavender, harmonizing the design.

The key element of this pair is the reinterpretation of Towelie’s eyes affixed to the usual tongue branding. These eyes are made of heat-sensitive material : under UV light, they turn from white to red. More specifically, they become droopy and bloodshot, like Towelie’s eyes in South Park after smoking weed. To complete the theme, the inside of the tongue features a secret pocket and is adorned with quotes from the famous towel, such as « Don’t Forget To Bring a Towel » and « I Have No Idea What’s Going On ». The look is finalized with a lavender insole embellished with white co-branding and white and yellow lace aglets.

The pair comes with 2 keychains featuring Towelie in both states : either sober or stoned.

The South Park x adidas Campus 80s « Towelie » is expected to be released in celebration of 4/20, around April 20, 2021 or the exact day, at select retailers and on adidas.com. Stay tuned…