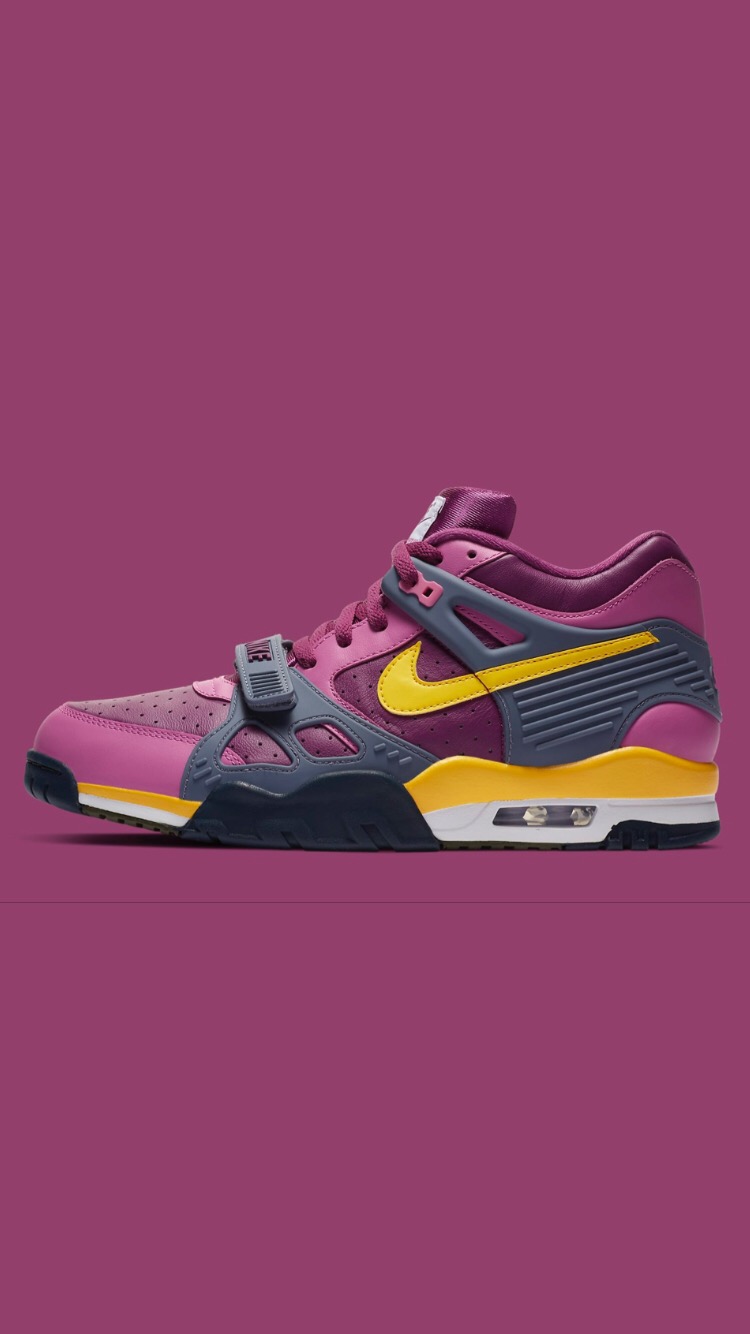 In 1988, Nike released a multi-sport shoe called the AIR TRAINER SC, later renamed AIR TRAINER 3. It quickly became a staple for athletes and a popular sneaker for a wider audience, thanks in part to the legendary athlete who played in two professional leagues, baseball and football, Bo Jackson. The best known colorway on this model is the « Medicine Ball », which was re-released in 2019 and was warmly received.

For this year 2020, the unmissable silhouette of archives, the NIKE AIR TRAINER 3 is adorned with the most awaited and recognizable colorway, the « Viotech ».

According to the recently unveiled photos, the reissue of 2020 should look identical to the 2002 iteration. This news should delight sneakerheads because although the model has had frequent returns, this colour had not reappeared for almost 20 years.

This pair consists of an upper combining perforated purple leather on the toe box and sides, with smooth leather overlays almost pink, on the toe, laceguard and heel.

A contrasting grey colour is found on the famous mid-foot strap and the plastic cage connected to the heel.

To add dynamism to the shoe, the swoosh and the top part of the midsole appear in bright yellow.

In terms of branding details, the Nike brand name appears in purple on the grey velcro strap, the Nike Air and the small swoosh are embossed on the back of the heel, and finally the model name is found on the white label on the tongue.

The whole is based on a two-tone midsole with the air unit, typical for the model, inserted in the white part. The black outsole with irregular contours completes the dynamic design of the pair.

The NIKE AIR TRAINER 3 « VIOTECH » will release June 1st on nike.com and at the usual retailers for 120€.