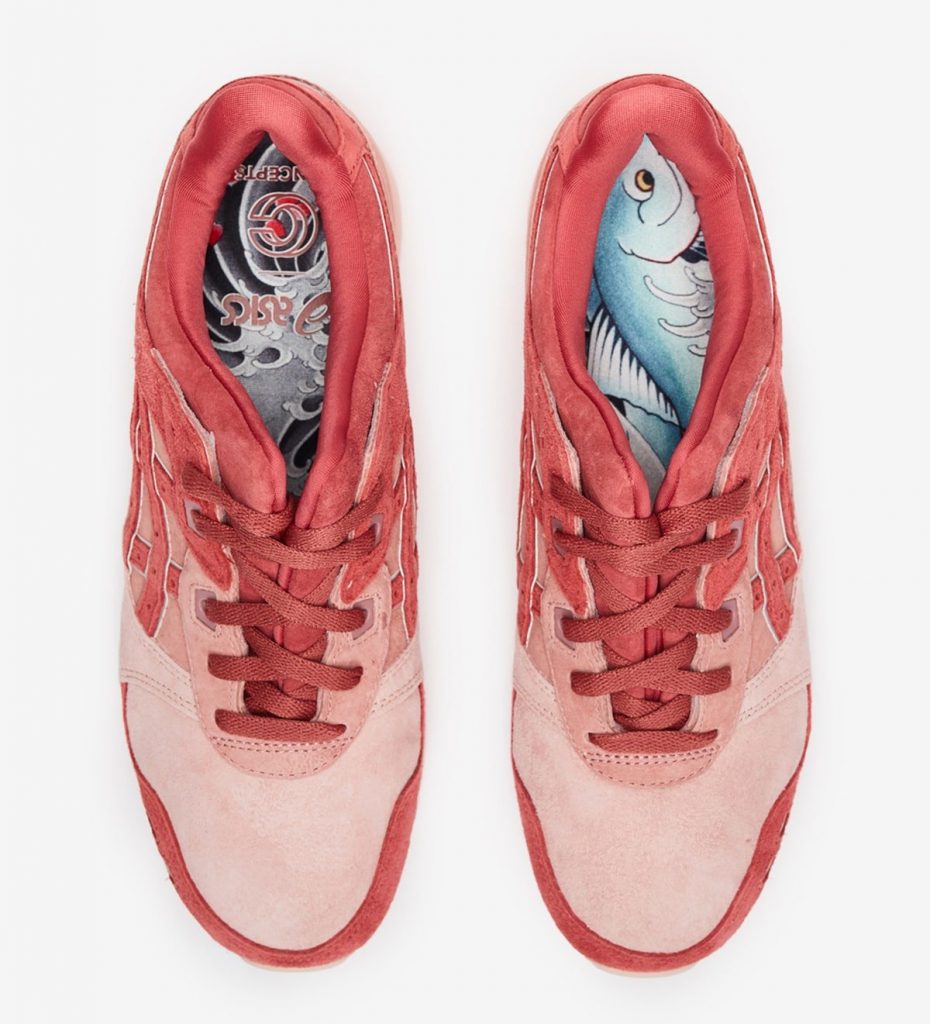 The iconic split tongue shoe designed by Shigeyuki Mitsui in 1990, the asics GEL-Lyte III, continues to seduce big names of the sneaker world. This silhouette, particularly loved by Ronnie Fieg, has been reinterpreted by the Boston-based shop CONCEPTS.

The color scheme of this revisited GEL-Lyte III can first be interpreted as a tribute to the very popular fish with pink flesh, the salmon. But when you ask around, you discover that this collaboration called « Otoro » is 100% inspired by the surprising story of another fish, now very popular and sought after, the bluefin tuna.

For the record, the fatty part of the belly of the bluefin tuna : the toro, is now considered the premium food of refined sushi. This new collaborative sneaker pays tribute to the toro by borrowing its name. Surprisingly, a few decades ago, the Japanese considered toro a « poor man’s » food, ant more a « shameful » food. An unintentional overproduction of bluefin tuna in Japan prompted sushi makers to add toro to their recipes. The trick was to marinate the unappreciated flesh in soy sauce for as long as possible to mask its taste and smell. After World War II, with the American occupation and the arrival of Western culture in Japan, bluefin tuna and its toro entered a new successful dynamic. The current craze for this fish is an anomaly or historical curiosity that needed to be explained !

Presenting a premium construction and also honoring Japanese art, the shoe consists of a pigskin suede upper in a variation of the color pink. The lining and laces match the upper to ensure a harmonious design. Concepts branding and the GEL-Lyte III name are engraved on the side heel reinforcements. The tribute to Japanese art is found on the insoles covered with bluefin tuna graphics for the left foot, and breaking waves associated with co-branding for the right foot. A sole that dressed in the different shades of pink of the upper completes the design.