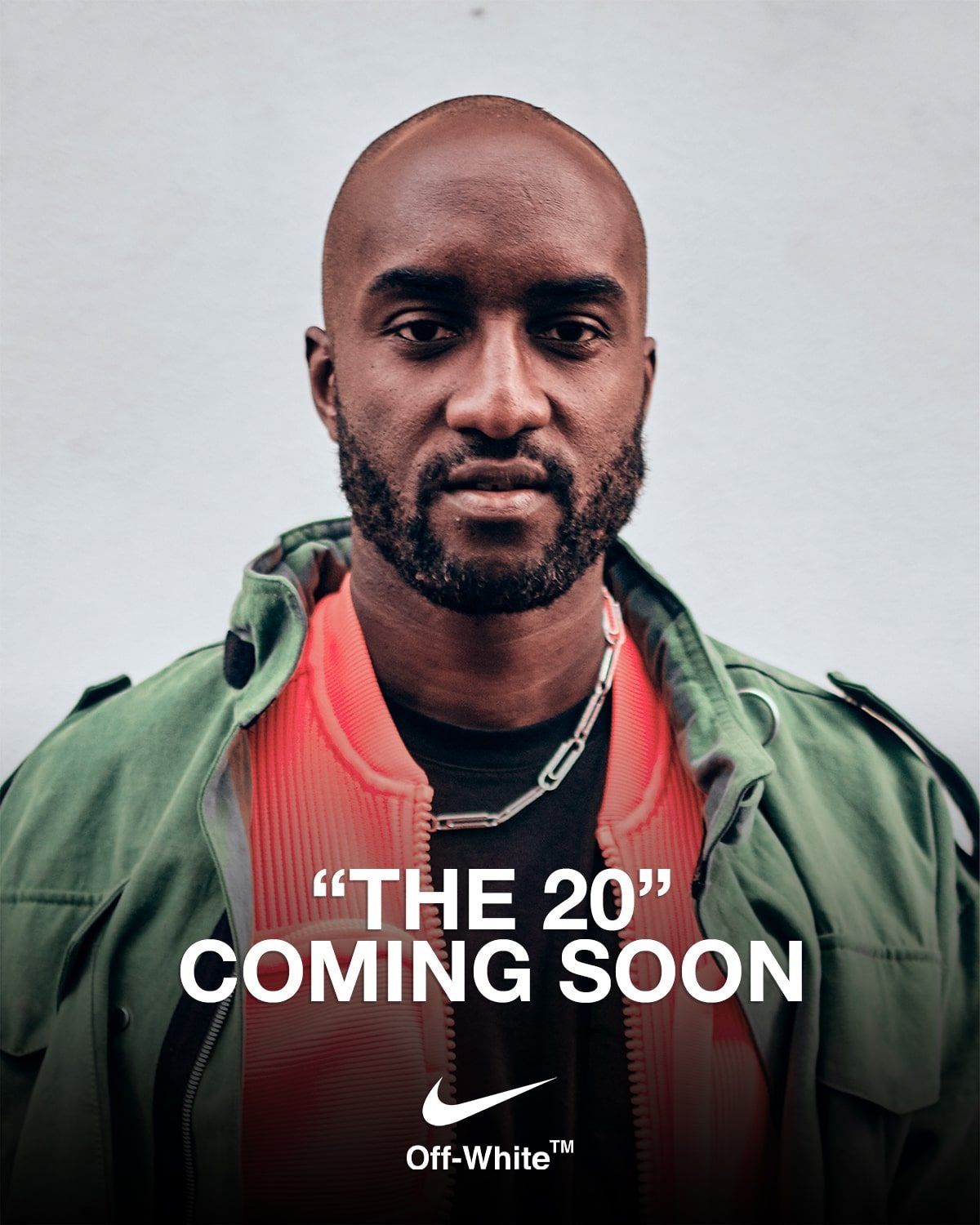 Designer Virgil Abloh and the Beaverton giant marked the year 2017 with their Off-White x Nike « The 10 » collection. As the 4-year anniversary of this highly successful event approaches, the two partners seem to be teaming up again to design a second footwear collection called « The 20 ».

« The 10 » collection consisted of ten emblematic Nike silhouettes deconstructed and revisited by Virgil Abloh. So « The 20 », the collaborative collection for 2021, is thought to include 20 iconic pairs in Off-White sauce.

For now, no details have been revealed about the number or type of silhouettes. Only the rumor of this upcoming capsule has appeared on social networks via the very well-informed twitter account @py_rates.

Will the two partners follow the hype and continue to offer us Dunks and AJ1s ? Will they pay tribute to iconic silhouettes celebrating an important anniversary this year, such as the 30th anniversary of the Air Jordan 6 ? Focus on futuristic silhouettes designed with an eco-friendly approach ? And if this collection really consists of 20 pairs, why not an explosive cocktail combining the immense Nike universe ? Answer in a little while…

In the meantime, Virgil Abloh and Nike invite us to relive the creative process of the mythical collection « The 10 » of 2017 through a book called « ICONS », co-created by the publisher TASCHEN. This new book unveils numerous visuals and unpublished samples ; archive pieces and excerpts from discussions between the founder of Off-White and the Nike teams, as well as testimonials from other key figures such as the designer Hiroshi Fujiwara or the design historian Glenn Adamson.

The book « ICONS » will be released on January 22, 2021 in the USA on the websites of the two partners nike.com and off-white.com, then a general release will take place on February 5, 2021 on the website of the publisher taschen.com and at some retailers. Be ready !