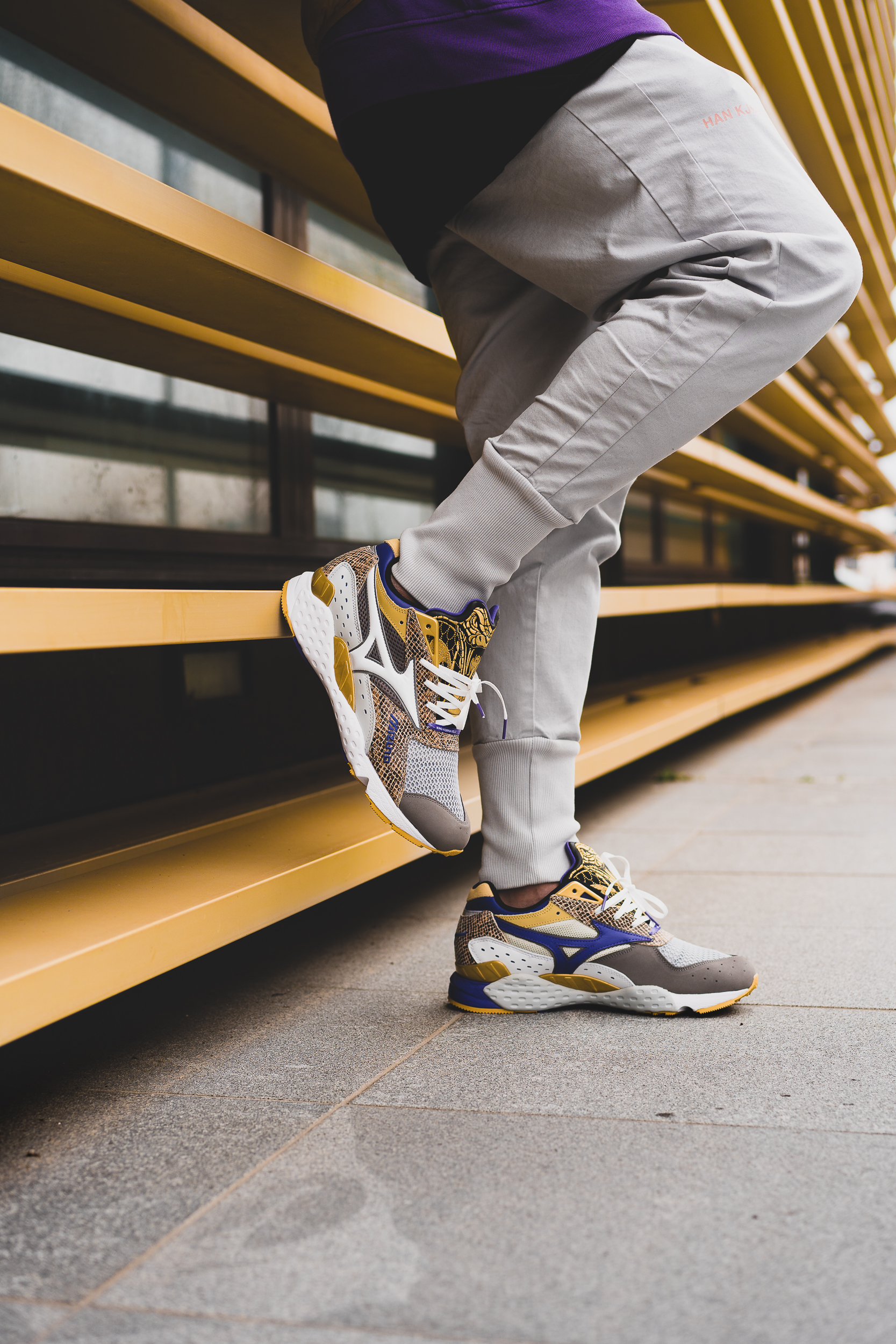 A few weeks ago, I told you in an article (available HERE) about the brand new collaboration between the Thai retailer 24 Kilates and the Japanese from Mizuno. The latter, based on the Mondo Control silhouette and named « King Kobra V2 », was a follow-up to the popular Wave Rider I « King Kobra » released almost 2 years ago.

Having had the opportunity to get it, I suggest you to discover it in pictures at my feet.

The shoe is dressed in a palette of colors « Gold Cobra », white, grey and purple. It’s composed of an upper combining 3 kinds of mesh in shades of grey. « Faux Snakeskin » Cobra Gold overlays on the laceguard and the back of the heel come to affirm the homage to the dreaded snake. A dark grey nubuck insert and purple touches on the heel and collar complete the design. The side Runbird and mudguard are dressed in white, while the medial Runbird appears in purple. The great thing : the modified tongue can be described as a work of art. On its black base, a Royal Cobra head is finely embroidered with gold yellow thread. An inscription « King Kobra Vol.2 » on the dubrae-type lace, the logos of both partners embroidered in purple on the heel and gold yellow clips finalize the design. The whole is based on a white midsole combined with a purple and golden yellow outsole.

I find this collaboration interesting, even if the first « King Kobra » version is still far above the pack. As often with Mizuno, the quality of materials and finishes remains constant. I validate this collaboration which, in my opinion, would have been better on the silhouette of the Wave Rider 1…this remains a subjective opinion.