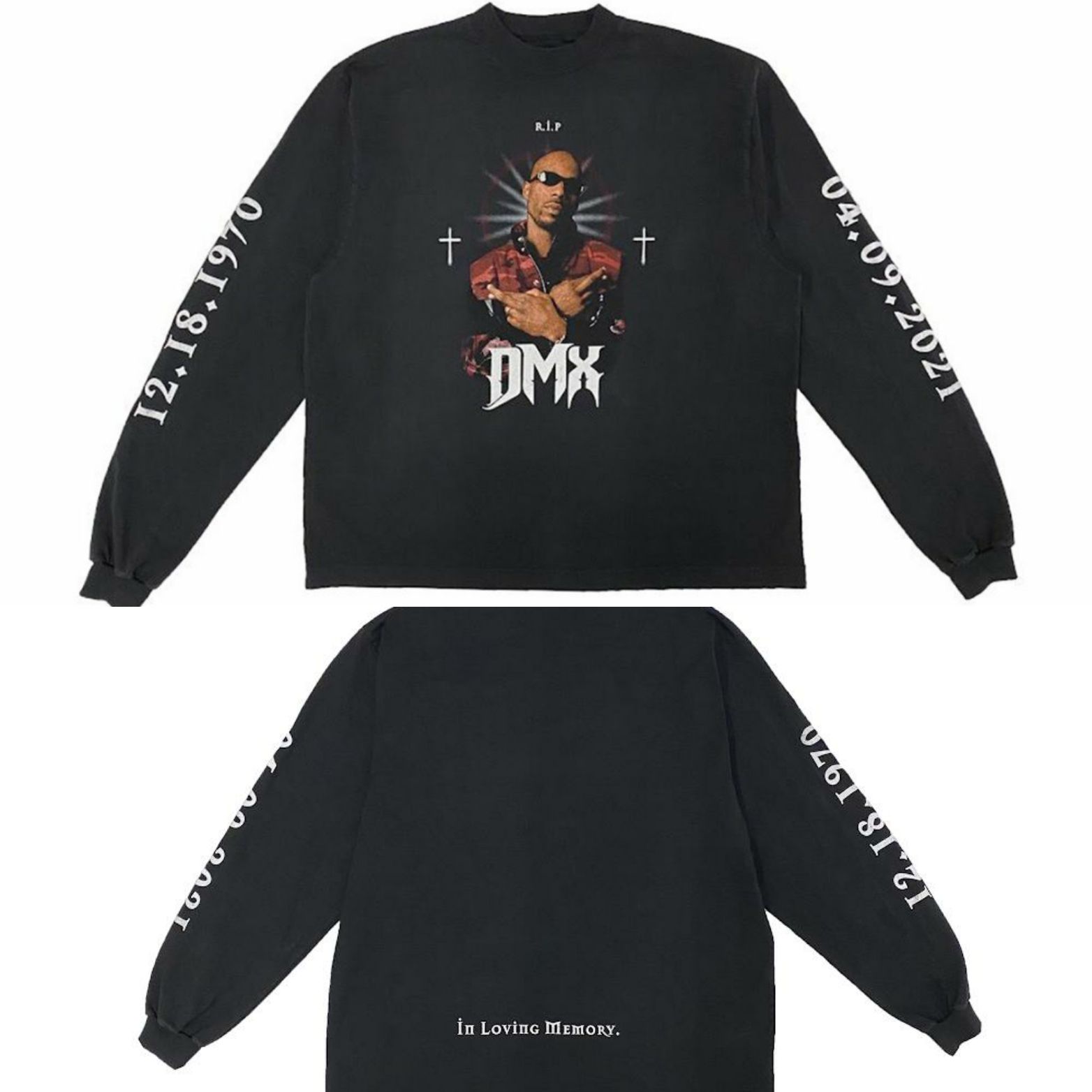 On April 9, 2021, an American rap legend left us. Earl Simmons aka DMX marked his era and the generations that followed with his unique style. YEEZY, rapper Kanye West’s brand and fashion and luxury label BALENCIAGA came together before the funeral to design a tribute t-shirt to « The DOG ».

DMX was a native of Yonkers, a city in the state of New York. He was born on December 18, 1970 and lost his life at age 50. After a difficult childhood of maternal abuse and poverty, Earl Simmons lived on the streets and committed robberies that landed him in jail. It was while he was locked up that Dark Man X devoted all his time to writing. He made his debut in the music industry at the age of 14 and was signed to the famous Def Jam label in 1996. As a key member of the Ruff Ryders, DMX released classic tracks that became benchmarks in the rap world and delivered iconic stage performances. X was a dog lover and even tattooed his back in honor of his late dog Boomer. DMX also starred in movies, most notably with Jet Li. When his death was announced, the tributes were numerous. X was known for his artistic talent but also for his deep human qualities.

The long sleeve t-shirt designed by BALENCIAGA at the request of YEEZY is offered in black and is adorned with a print representing DMX with his famous crossed fingers sign. On the sides, Christian crosses surround it, referring to the strong faith in God of the artist. The sleeves are adorned with white lettering representing the late rapper’s birth date and death date. The messages « R.I.P. » on the front and « In Loving Memory » on the lower back finalize the understated design of this tribute garment. This shirt is made in the USA with thick cotton and adopts an oversized cut.

This YEEZY x BALENCIAGA « DMX TRIBUTE » T-Shirt has been sold by YEEZY since the funeral began on April 24, 2021 on an exclusive webpage : https://dmx-tribute.com/. Sizeruns M to XL and price fixed at 200$. All profits from the sale will be donated to the Simmons family.

DMX is being honored with two memorial services during this Weekend : on April 24 at 4:00 pm ET a celebration of life set up at the Barclays Center and broadcast live on BET and on the YouTube channel https://www.youtube.com/watch?v=uP9BfSsLThc and on April 25 at 2:30 pm ET the homecoming ceremony.