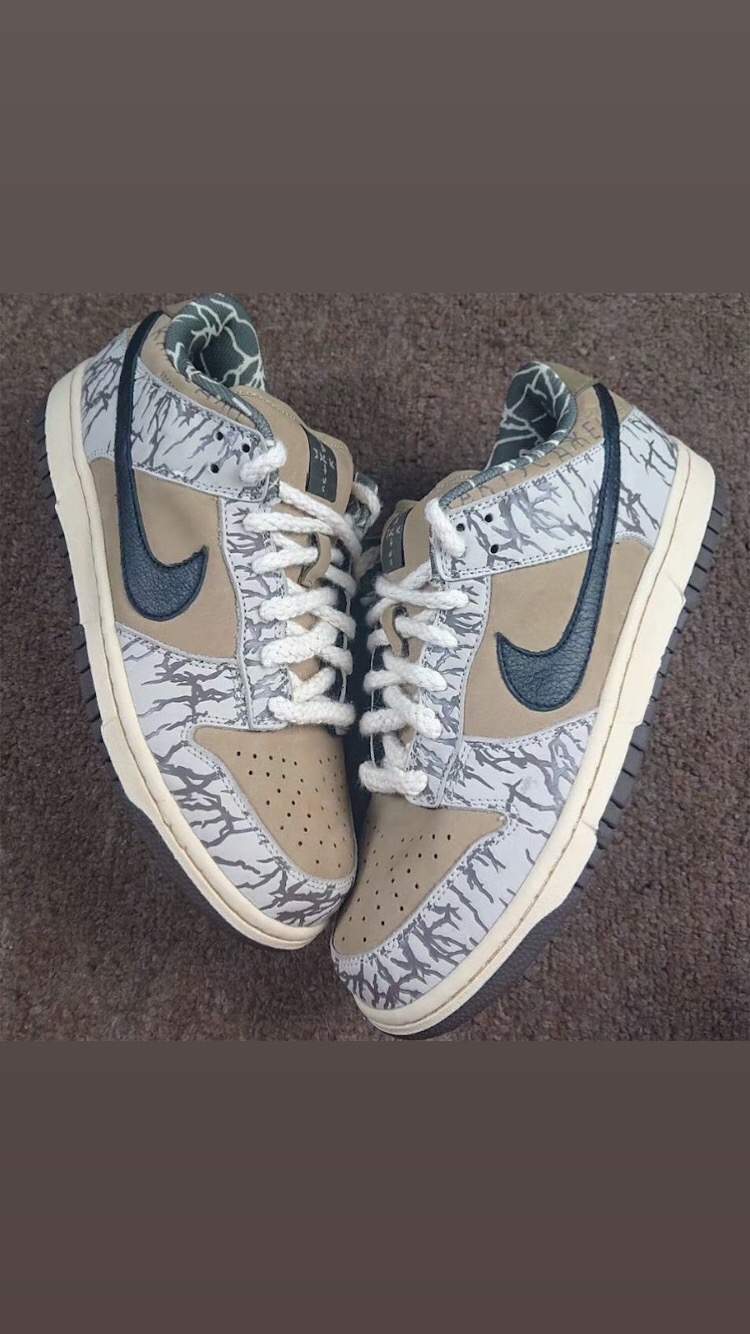 While the sneakers addict and fans around the world expect the next Air Max 270 X Travis Scott and a few months after the release of his first Nike SB Dunk Low, the pics of a new SB Dunk Low Travis Scott sample have appeared along with rumours that it would be on the agenda for an upcoming release.

The sample has real similarities with the model released in February. The pair consists of a beige suede upper with a grey print looking like tree branches. This print replaces the bandana pattern  of the first version. We find a black swoosh, a grey lining with the same print as on the shoe and Cactus Jack branding elements on the tongue and the heel.

As said in the introduction, this is a sample. Now it remains to be seen if the release rumours will be confirmed. Stay tuned.