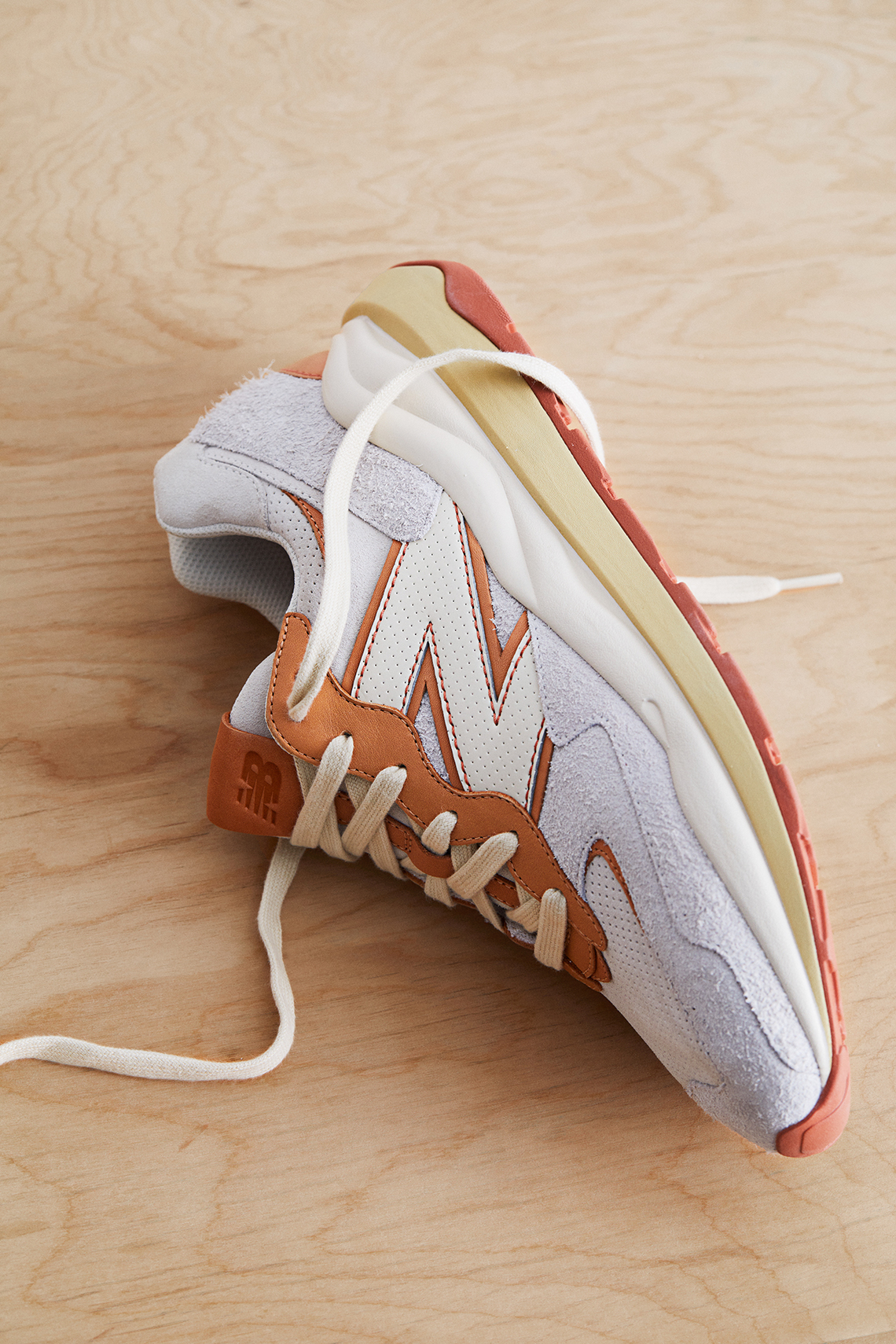 Todd Snyder unveils a new part of his collaboration with the New Balance brand. After putting farmers markets in the spotlight this summer with a pack of NB 327 (article available HERE), the talented New York-based designer brings his touch to the NB 57/40 silhouette.

For this new opus named « Stony Beach », the former Ralph Lauren designer is inspired by nature and more precisely the beaches of eastern Long Island during a fall day.

This pair appears to be a continuation of the 2018 collabs. Todd Snyder said, « We had had great success with our ‘Pale Ale’ and ‘Dark Ale’ New Balance sneaker collaborations, and when we started thinking about a third installment of this hoppy trilogy, my mind wandered to that special feeling of being on Eastern Long Island after the summer season ended. »

The NB 57/40 collaborative is dressed in soft, sandy colors in shades of white and orange. It comes in a combination of Vachetta and Ivory leather with 3 different types of suede, which symbolize surf, sand and rocks on a cloudy fall day on the coast. NB branding is engraved on the tongue tag, co-brandign adorns the insole and the model numbers 57 and 40 are emblazoned on the left and right heel respectively. To finalize the look, the whole is based on a yellowed midsole and an orange outsole.