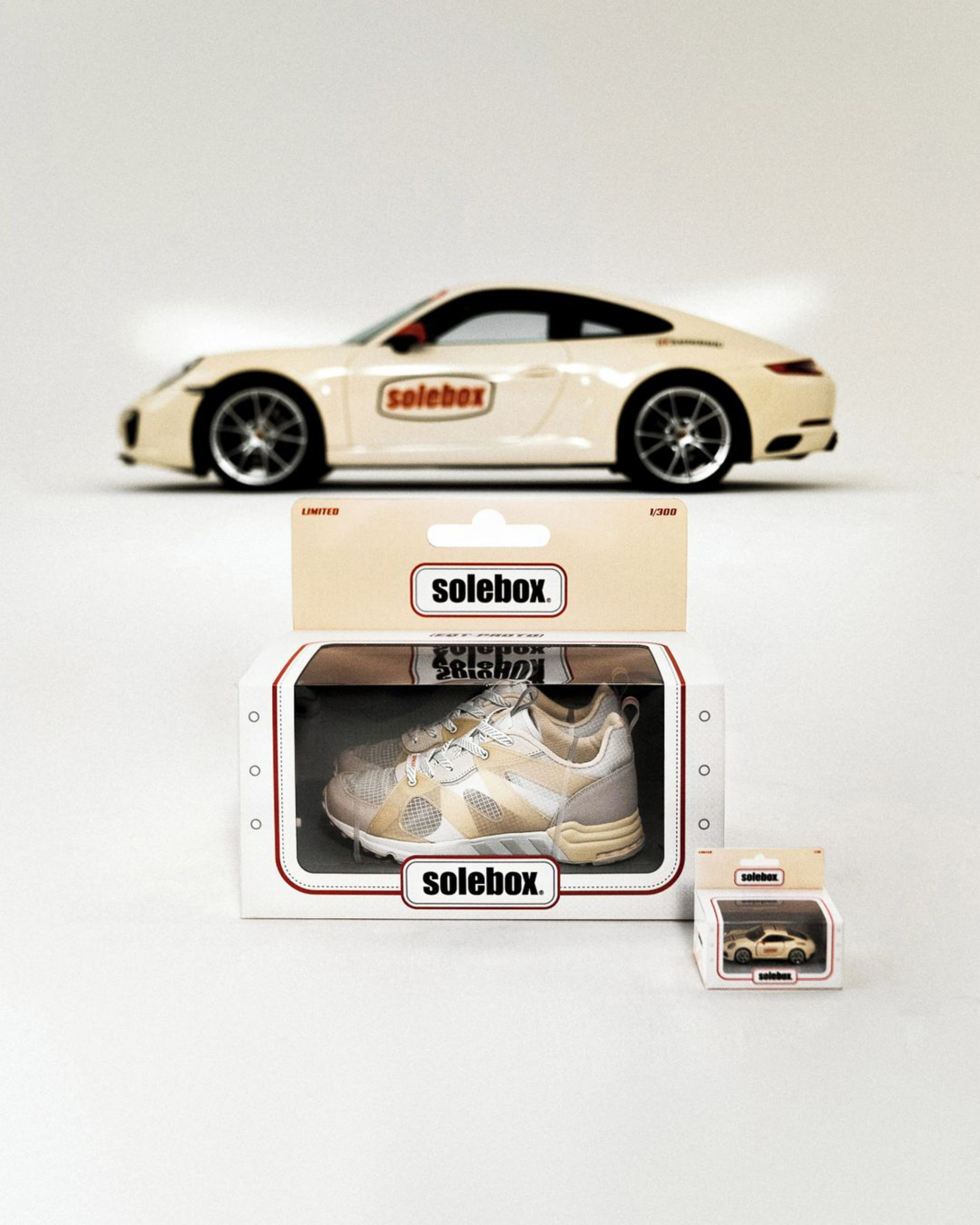 The German shop SOLEBOX is part of the Consortium retailers who participate in the celebration of the 30th anniversary of the EQT (Equipment) line of ADIDAS (several articles available on this site). A special collaborative sneaker had been teased during the summer by Solebox’s designer, Aljoscha Kondratiew, on his Instagram account. Today the pair appears in detail and a release date is announced.

The silhouette chosen by Solebox to pay homage to EQT’s 3 decades of existence is a prototype that was never released and was to be called « Racer ».

It’s under this name that we presented it in the text (available HERE) published on this site last August. In the end, Solebox and adidas decided to simply name this silhouette « Proto ».

For the design, Aljoscha Kondratiew was inspired by vintage racing suits, the equipment of a Grand Prix racer. The shoe features a semi-translucent white upper with a grid pattern, enhanced by yellowed side overlays and an off-white suede tongue with exposed foam. The toe and heel are also protected by off-white suede inserts, and the thick lining is dressed in pale yellow. The look is completed with classic adidas branding on the heel and red accents on the tongue pull and dubrae, evoking the speed and adrenaline that this motorsport provides, now and then. The whole is based on a midsole resembling the EQT BASK ADV released in 2018. It’s presented in white with a yellowed part under the heel and is adorned with the iconic 3-Stripes under the midfoot. A white outsole finalizes the design.

Each pair will be delivered in a special box reminiscent of the packaging of miniature racing cars. To complete the project, Solebox unveils a real miniature race car that appears to be the inspiration for the sneaker’s design.

The Solebox x adidas EQT Proto will be released on October 23, 2021 in a limited edition of 300 units worldwide. It will be available at all Solebox stores (probably also in the one in Barcelona that will open on that day) and online at solebox.com. The miniature race car will be included for free in the box of every 10th customer. Be ready and good luck !