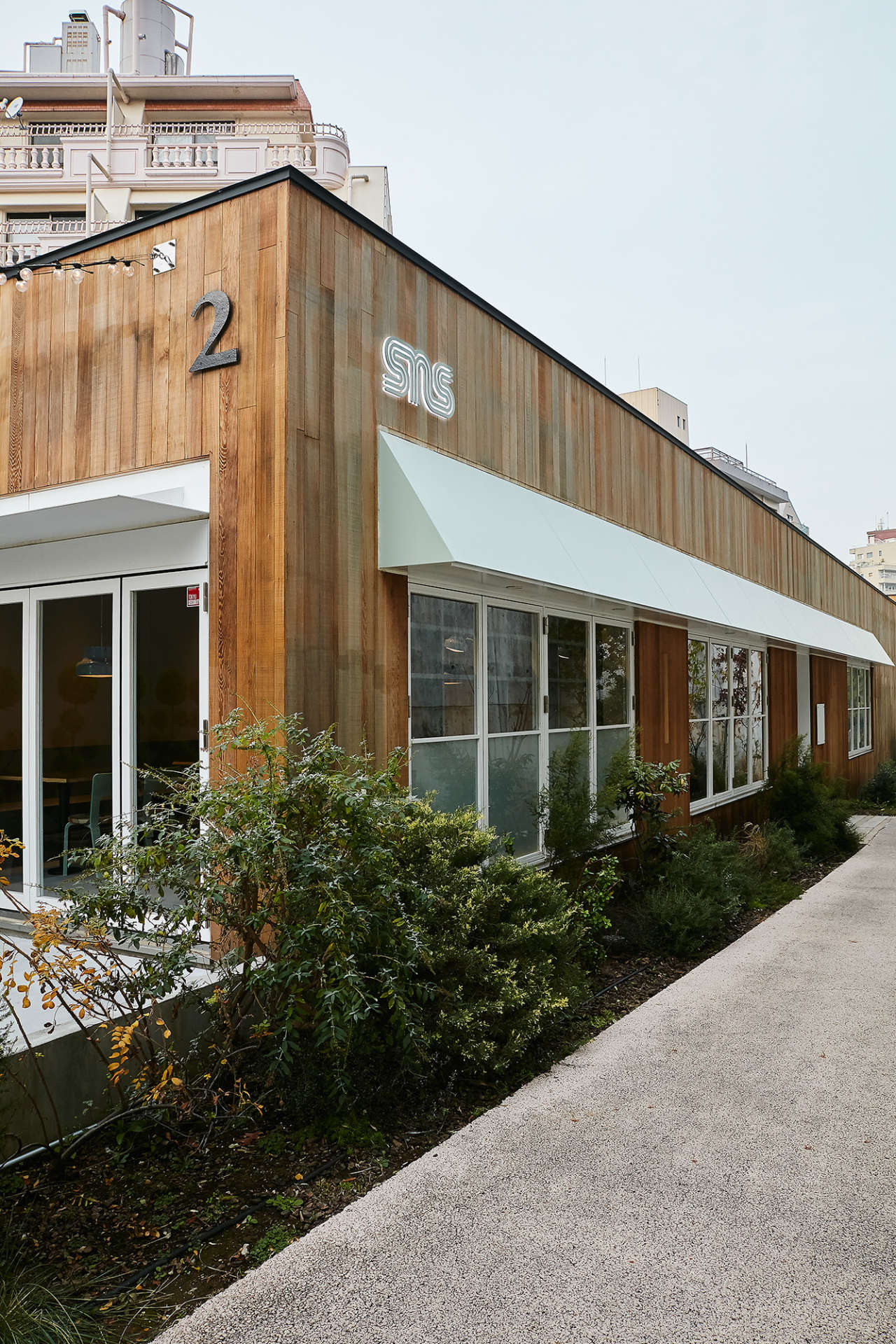 It’s this Saturday, December 14th, 2019, that the Sneakersnstuff team opened its 7th international store in Tokyo, Japan, after those in Stockholm, London, Berlin, Paris, New York and Los Angeles. As usual, Sneakersnstuff takes us in a real concept store mixing japanese and swedish culture.

The SNS Tokyo space consists of three buildings designed in partnership with Jenny Askenfors, the interior designer/architect for all the SNS stores and offices around the world.

The SNS coffee is a place where Tokyo customers and residents can go out, enjoy the food, have a drink and interact in a real SNS community. This building includes a gift shop, a space dedicated to art exhibitions and a self service books to be consulted on site.

When designing the SNS Tokyo space, designer and architect Jenny Askenfors took direct inspiration from both Japanese heritage and futuristic Japan, performing the first as the traditional commercial building, while the second became the modern one. With all the bespoke details, each of the buildings has a completely different aesthetic design, directly opposing each other.

In the traditional building, everything is handmade. Working with Scandinavian designers, fourniture manufacturers and artists, each room has been designed with inspiration from heritage, culture and traditional Japanese movies.

The second SNS store building is a modern representation and interpretation of Japan. But as with the traditional one, its design is merged with SNS’ Scandinavian aesthetic. The modern building refers to Sailor Moon, Astro Boy and contemporary Japanese anime.