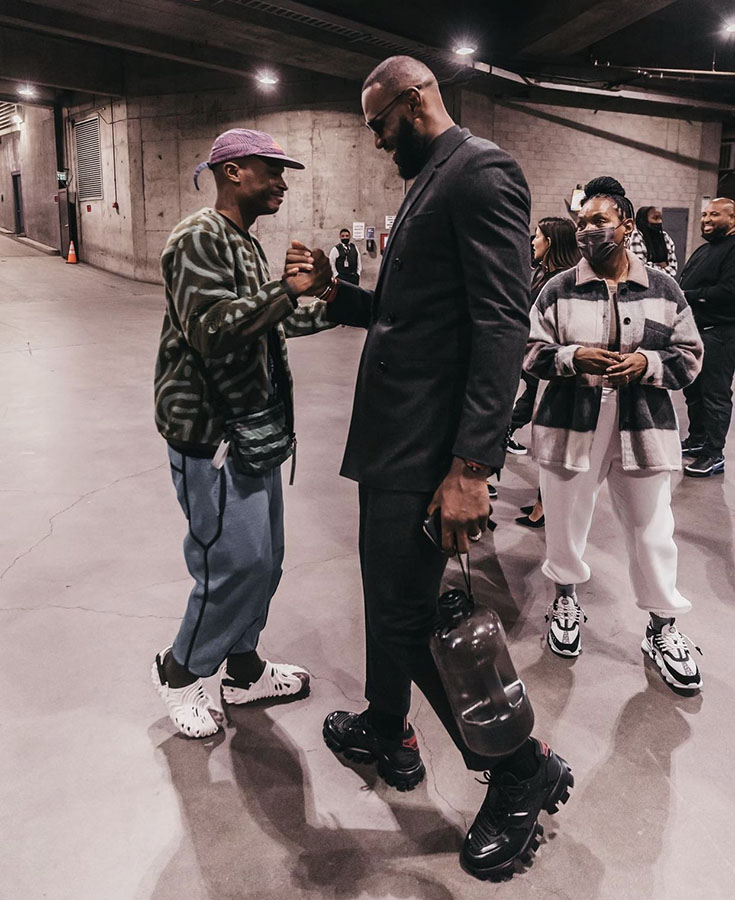 At the end of December 2020, Salehe Bembury announced that he was leaving the Italian house Versace, where he worked as vice-president of footwear, in order to found his brand SPUNGE. Under this imprint and his name, the famous designer has already released successful collabs with New Balance, Vans, Crocs or Anta (various articles available on this site). Not limiting himself to shoes, the designer from New York has just presented an apparel capsule in collaboration with New Balance.

Salehe Bembury has been appointed Creative Director of the UNINTERRUPTED brand for its clothing lines. The label founded by the famous NBA basketball player King James and his entrepreneurial friend Maverick Carter, is happy to welcome the famous designer to its team, with whom he shares common visions.

For nearly a decade, UNINTERRUPTED has aimed to build a brand that gives athletes the confidence to take control of their words. Something Salehe did not so long ago in his field.

In 2014, LeBron James wrote a powerful sentence in an open letter to Sports Illustrated readers, « I’m doing this essay because I want the opportunity to explain myself without interruption », regarding his transfer from the Miami Heat to the Cleveland Cavaliers. Maverick Carter then supports LeBron, adding, « He just wanted to be able to express his feelings and thoughts without being peppered with a thousand questions about why he did it. He just wanted to express it and get it out once and for all ». Without knowing it, they were thus establishing a model for new media. The two relatives logically decided to create their own media platform, expanded into a full multimedia offering in February 2015. Today, UNINTERRUPTED works with 10th athletes, such as basketball players James Harden or Steve Nash, through soccer players Christian Pulisic and Kylian Mbappé, as well as tenniswomen Naomi Osaka and boxer Saul « Canelo » Alvarez. The brand positions these sports icons as executive producers of the projects.

With Salehe Bembury as UNINTERRUPTED’s Creative Director for the apparel collections, the products that will be offered will aim to leave us « with a feeling ». The designer prioritizes experience in the execution of his design. He quotes Maya Angelou on this subject « people will forget what you said, people will forget what you did, but people will never forget how you made them feel ». We’re keeping a close eye on the networks of these new partners to bring you the next news about the launch of the apparel collection. Stay tuned !