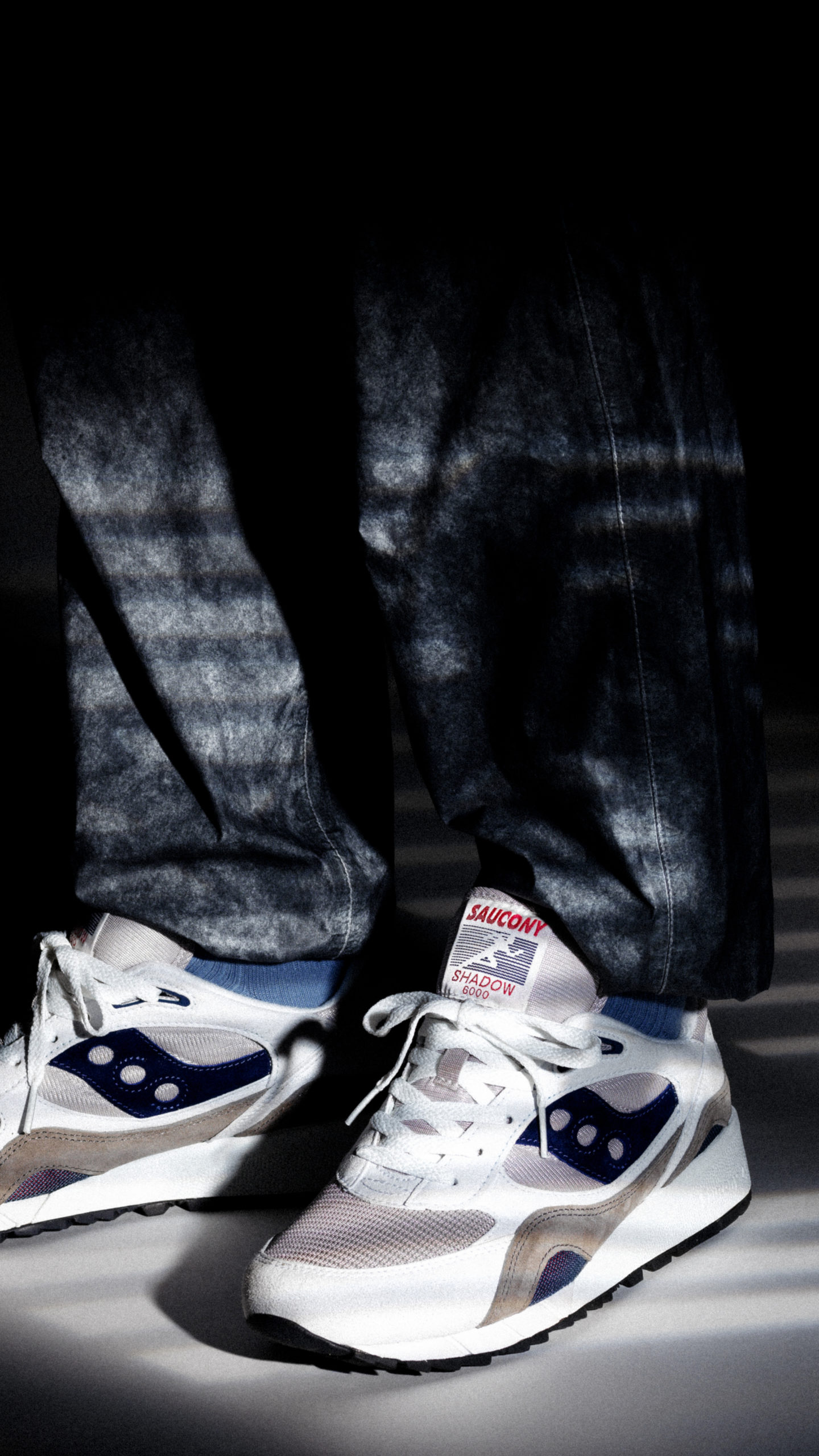 As announced yesterday at the unveiling of EricsOne’s mural in Milan (article available HERE), the American brand SAUCONY reintroducing its iconic Shadow 6000 silhouette to celebrate the 30th anniversary of its first launch. It’s reissued in OG version and sits at the center of the brand’s AW21 collection.

Originally designed in 1991 for long-distance runners looking for the right balance of heel stability, flexibility and forefoot cushioning, theSHADOW 6000 introduced an innovative sole unit with the Vertical Ionic Pillars (VIP) system. It quickly became one of the best performing and most comfortable silhouettes of its time.

30 years later and thanks to the hype of the classic 90’s running shoe, it’s back in the spotlight and appealing to both athletes and fashionistas.

The design has been improved to provide even more flexibility and lightness. The premium suede and mesh upper sits atop a midsole made from a new PWRRUN compound.

The legendary sneaker is being re-released in its OG White/Grey/Navy Blue colorway, and will be reinterpreted soon. As Paolo Petri, Saucony’s Global Director of Product and Merchandising, explained, « Collaborations and special projects will play an important role in bringing the SHADOW 6000 back to light this year ».

The SAUCONY SHADOW 6000 OG is being re-released as a limited edition on September 6, 2021 on saucony.com, priced at 140$. It will serve as the basis for iconic collaborations in the coming months, stay tuned !