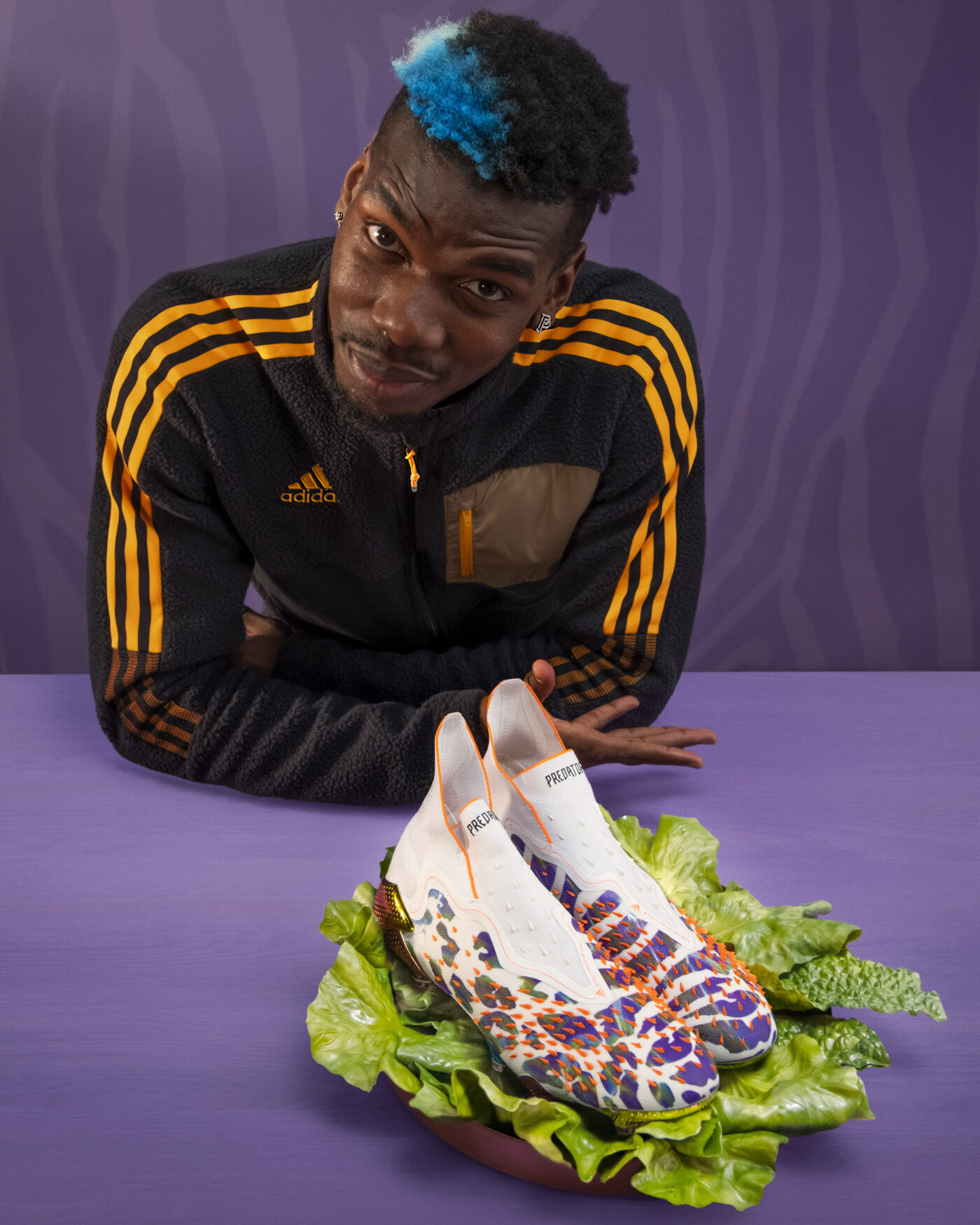 The equipment manufacturer ADIDAS presents the first vegan soccer shoe in the world. This historic product is the result of a collaboration between 2 ambassadors of the German brand : the fashion designer Stella McCartney and the French professional footballer Paul Pogba.

This triple collaboration is based on the PREDATOR FREAK model. It’s offered in 2 unisex versions, one P1 with laces and the other P+  without laces.

Over the last 10 years, soccer shoes have greatly evolved. With this 100% vegan collaborative version, adidas unveils a cutting-edge concept that will undoubtedly be appreciated by many. This triple collaborative project has been maturing for 1 year. During the lockdown, the 2 adidas ambassadors participated in the weekly series « The Huddle », in which creatives and sportsmen exchanged around anything that came up. From there, the idea of designing a 100% vegan and 100% stylish soccer shoe was born. The partners created a shoe with a sophisticated design that conveys a valuable message.

Speaking about this legendary triple collaboration, designer Stella McCartney explained, « Last year during lockdown, Adidas brought us together for The Huddle and the idea for this shoe emerged from our conversation. I discovered how much Paul Pogba enjoys fashion and how much we have in common, so we decided to work together to create this iconic shoe. I was particularly impressed by his relationship with fashion, which is an integral part of his personality, both on and off the field, and I felt it was important that this be reflected in the design of the shoe ».

Paul Pogba added : « When Stella and I met, I knew right away that we had an opportunity to create something new. We were in the middle of a confinement and I missed soccer terribly. I loved having this chance to focus on something that brought together my love for sports and my passion for fashion and it allowed us to create, with adidas, a truly original shoe that I can’t wait to wear on the field. »

Available with or without laces and featuring a unisex design, this vegan soccer shoe consists of a white base covered with a leopard print on the forefoot and midfoot, itself complemented by reflective graphics and speckled with bright orange DEMONSKIN rubber spikes. This is a technical innovation calibrated by an algorithm, which allows for better ball control. An opalescent finish and rainbow mirror metal plates accentuate the design. Also new, in addition to the Paul Pogba PP logo, this special edition PREDATOR FREAK features the adidas by Stella McCartney logo on the heel.

The Paul Pogba x Stella McCartney x adidas Predator Freak P1 & P+ is released via the adidas app on October 22, 2021 and on adidas.com, priced at 250$ and 280$ respectively. They will then arrive on November 1, 2021 at select retailers. Paul Pogba will wear them for the next 3 Manchester United games, starting on October 20. Wendie Renard, the OL and national team captain, will also play with these shoes during the France-Estonia and France-Kazakhstan matches.