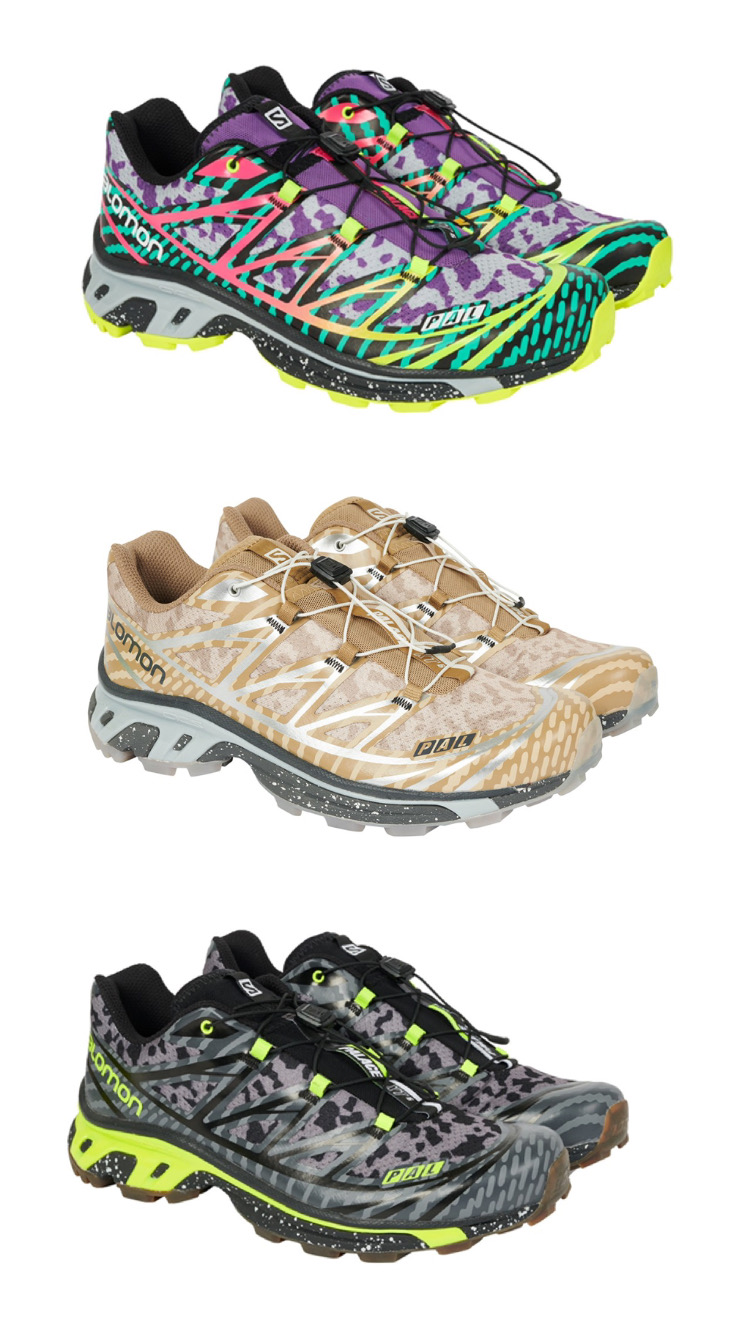 After the second part of its collab with the beer brand STELLA ARTOIS (article available HERE), the British label PALACE unveils a new project with another label. This time, Lev Tanju and his team have teamed up with French brand SALOMON to bring their vision to the XT-6 silhouette.

Originally released in 2013 as a technical shoe, the Salomon XT-6 is slowly establishing itself as a lifestyle and even fashion silhouette. With the PALACE touch, it comes in 3 variants. The full camo base is available in 3 different colorways : Black/Grey, Lilac/Grey and Beige/Quarry. Bright and bold colors such as neon yellow, fuchsia or turquoise, add contrast and ensure the originality of the joint project. These pairs are adorned with PALACE branding details on the heel counter and toe box. The usual SALOMON logos are retained, as well as the technical expertise and processes of the French brand. We find a mesh upper with a TPU film for premium protection. A speckled black midsole with EVA cushioning and a performance outsole with large lugs complete the look.

The three Palace x Salomon XT-6 versions will be released on September 10, 2021 in stores and on palaceskateboards.com, as well as in the Dover Street Market in London and Los Angeles. The collection will launch one day later in China and Japan.