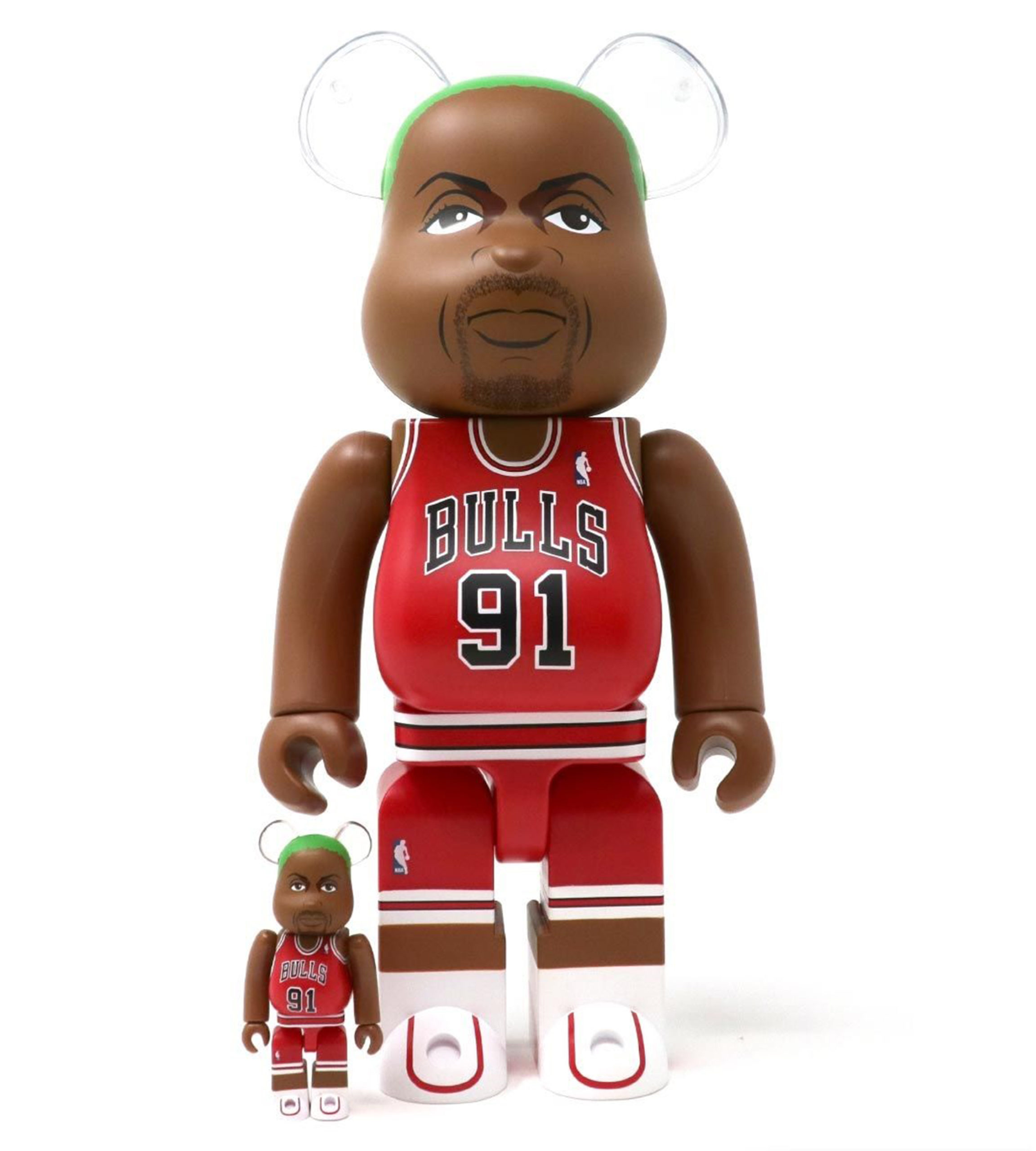 The French retailer specializing in the sale of figurines and designer toys ARTOZ presents us with its new arrival from Bearbrick. The ideal Christmas gift for lovers of Japanese creations from Medicom Toy.

Four new Bearbricks are offered to us : three, honoring great NBA players of the 90s and one, marking the 6th collaboration with the Keith Haring Foundation.

The iconic number 33 of the Boston Celtics, Magic Johnson rival and multiple MVP Larry Bird gets his figurine. The same goes for two incredible players who helped Mickael « Air » Jordan propel the Chicago Bulls to the rank of leader and then legend, Scottie Pippen and Dennis Rodman. Each one of them has his own particularities : Larry with his « bangs » and his little moustache, Pip with his inseparable black elbow pad, and the eccentric Rodman is represented with his hair dyed green. Dressed in their official NBA outfit, the 3 Bearbricks are sold in 400% + 100% format, for 195€ per set.

Medicom Toy has partnered for the 6th time with the Keith Haring Foundation to produce a new 100% + 400% Bearbrick set and a 1000% version (72 cms). The figurine is covered with a very well known pattern of the American master of the 80’s free figuration, the smiling heart. As in the works of Keith Haring, this red heart with white teeth and a pink tongue coming out of the mouth, is multiplied all over the Bearbrick. The price for the 100% + 400% set is 180€ and the 1000% bearbrick costs 725€.

The new Bearbrick arrival at ARTOYZ, including representations of Larry Bird, Scottie Pippen, Dennis Rodman, as well as Keith Haring’s « smiling heart », is available at the shop : 83, rue Saint Honoré PARIS and online at www.artoyz.com/shop.

Do not hesitate to visit the site or the store (also open on Sundays) to discover the other novelties.