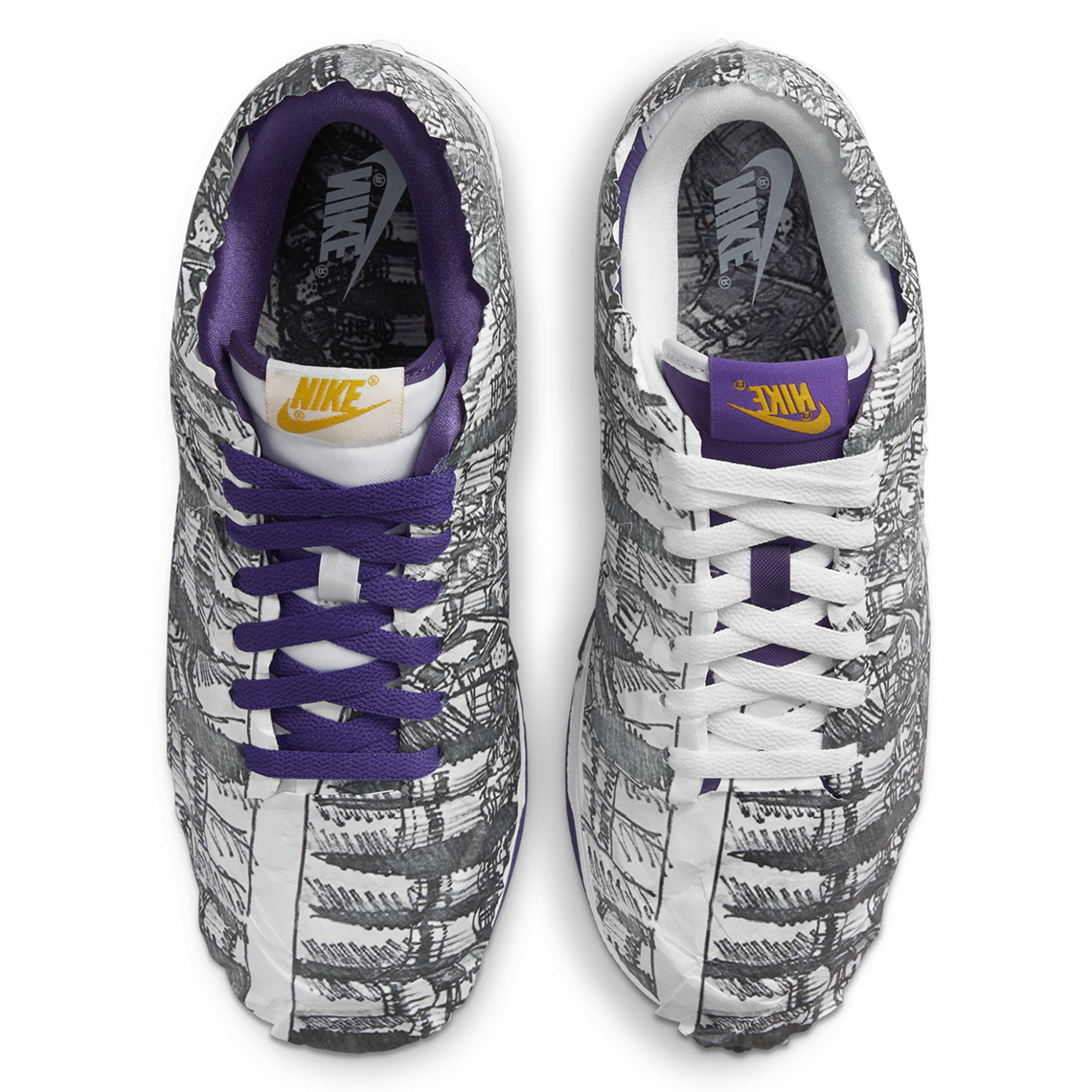 The protective wrapper of the popular silhouette has a special print : pencil illustrations honoring the original 1985 campaign that introduced the Nike College Colors program. The all-new Dunk High silhouette, designed by Peter Moore, was available in the colors of 12 universities. This print also covers the white insole. To complete the nod, we find the mention « Be True To Your School » on the side heel, hidden under the inscription « Flip The Old School ».

Once this tissue paper layer is removed, two mismatched shoes are revealed, with inverted colors, reminiscent of the 1999 Dunks High from the « City Attack » pack. They consist of a soft leather upper with overlays of textured ostrich leather, white or purple and arranged inversely on each foot. The side swooshes are also reversed in color and direction, while the Nike tongue branding appears gold on both feet (mirror-like on the right sneaker). To affirm the look, the inner linings, laces and heel branding adopt an inverted or mirror design. The whole is based on a white midsole combined with a purple outsole for both feet.

The Nike Dunk Low « Flip The Old School » will be released in the coming weeks on nike.com and at selected retailers for a suggested retail price of 100€.

This sneaker could be part of a larger pack, also including the AF1 « Keep ‘Em Fresh » presented previously and introduced also wrapped in tissue paper… Stay tuned for the latest news !