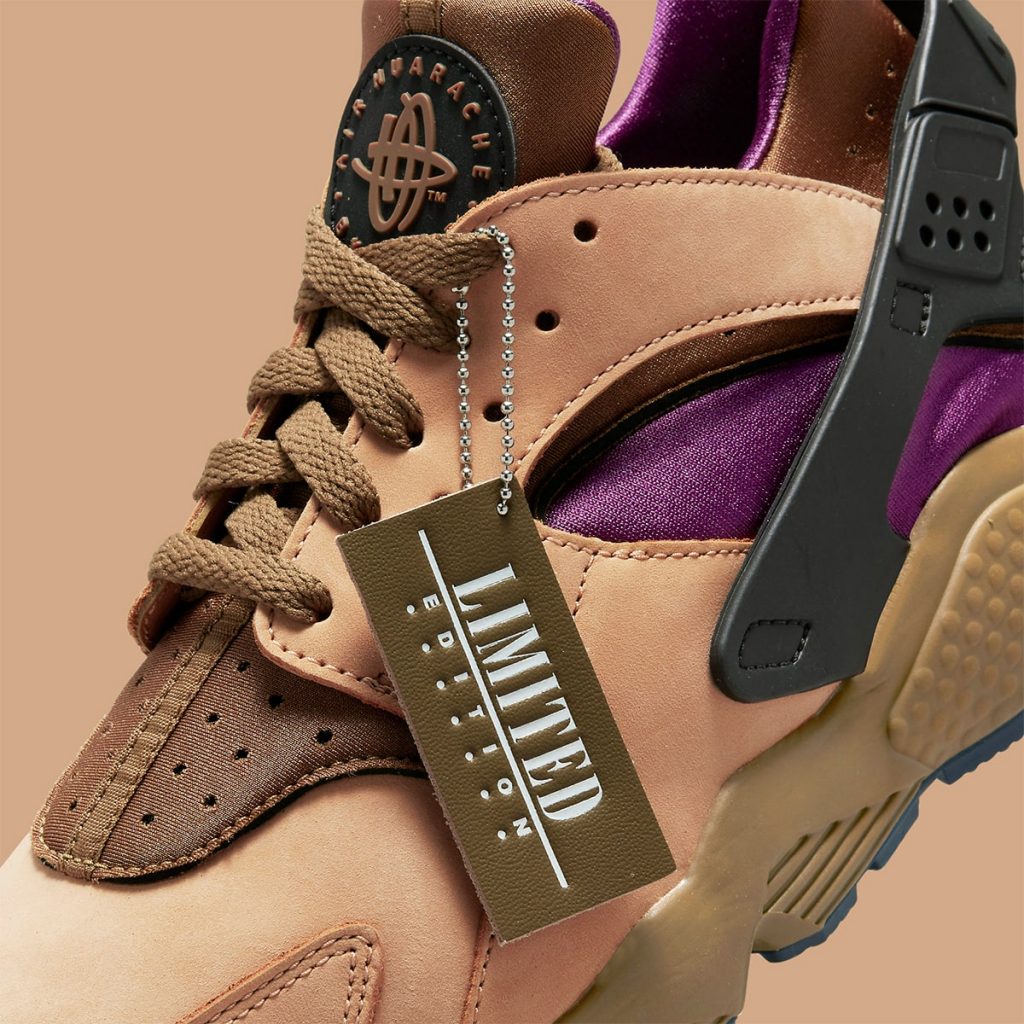 The Beaverton giant continues to bring back to the forefront the iconic Nike Air Huarache silhouette which celebrates its 30th anniversary. Reinterpreted through collaborations, the famous sneaker has also made its return in OG colorways (various articles available on this site), the latest : « Praline ».

This cult colorway will be reissued for the first time since 1992, to the delight of sneakerheads. At the time, this version was released as a Foot Locker exclusive.

The shoe designed by the great Tinker Hatfield is dressed in a color palette of beige, brown, purple and black. It features a beige nubuck upper with a brown tongue, laces and heel. The look is asserted by an eye-catching purple neoprene bootie on the sides of the foot. To add contrast to the pair, elements appear in black, such as the TPU heel pull, tongue logo and outsole. A branded purple insole and a beige-khaki midsole complete the design.

Like the original 1992 version, this reissue will come with a leather hangtag that reads « Limited Edition ».

The Nike Air Huarache LE « Praline » will be released very soon at selected retailers and on nike.com, priced at 120$. We’ll be sure to keep you posted on the latest official details, so stay tuned !