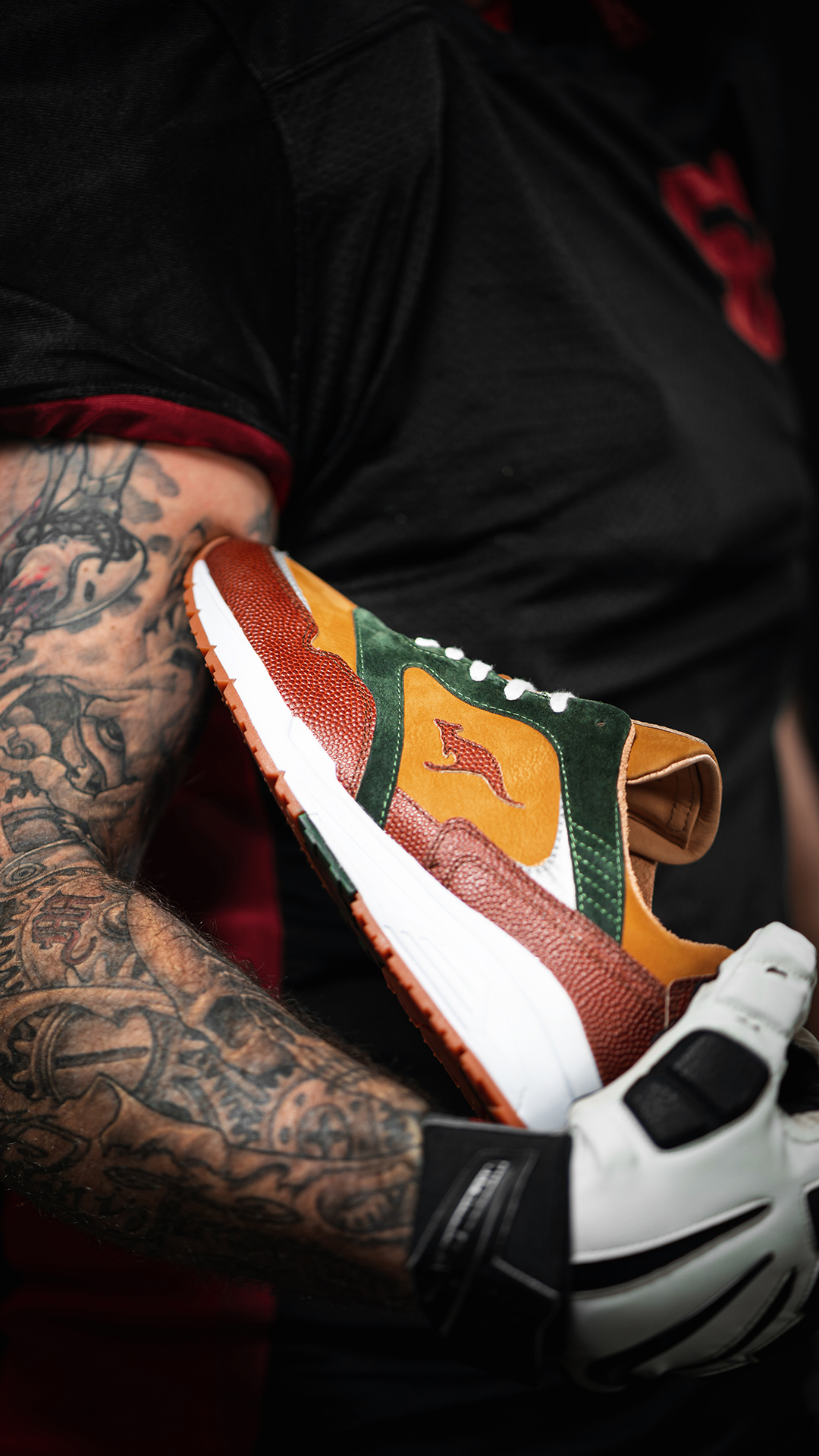 Every year since 1967, takes place in the USA one of the most anticipated sporting events : the Super Bowl. This year, on the occasion of the 54th edition, the Kangaroos brand has decided to create a pairif sneakers made in Germany, named ROOS 34. This project aims to celebrate this mythical annual final but also to pay tribute to one of the greatest players of all time, the Running back Walter “Sweetness” Payton.

For those who don’t know him, a bit of history is in order.

Walter Payton was an American football player of the the late 1970s, star of the Chicago Bears, and sole owner of the number 34. He set several records during his professional career and won 9 consecutive Pro-Ball, driving his team to the Playoffs every year.
Known for his strength, speed, talent and versatility on the playground, he was respected for his selflessness and commitment to the disadvantaged people off the the field. Hence his nickname “Sweetness”. In 1977, he was elected MVP of the league and since his death in 1999, this title, awarded annually, bears his name.

To make this pair, Kangaroos made the choice of high quality with a leather that has been present for decades in the NFL world, the Horween leather. The name of the professional and then football coach,who made the leather that would cover the official NFL and NBA balls, in the family tannery created over a century ago.

The premium quality material, with a typical dark orange apparency and colour, covers the toe and the hell counter on which are engraved the 2 digits of the famous player number “Sweetness”. The 3, on the back of the left shoe and the 4, on the back of the right shoe. This leather is also used to represent the Kangaroos logo on the sides of the sneaker. There is a yellow smooth leather toe box, a lace guard and a green suede padding, on which the number of the pair is written. The yellow leather tongue, topped with a Horween leather insert, is ornamented with the original NFL crest logo, featuring the Kangaroos brand name and a football.

The whole is based on a natural rubber outsole and a white Dynacoil sole, handcrafted and durable. It’s of high quality, breathable, antibacterial, moisture absorbing and recyclable. The white color is also the laces colour, which is reminiscent of the discreet touches of this shade on either side of the shoe, creating a beautiful contrast with the bright colours used.

The Kangaroos “ROOS 34” will be available in stores such as Afew, Footshop, Hanon, Gloryhole, Titolo…the day before the Super Bowl LVI : Saturday 1st February 2020. This limited edition of 400 pairs worldwide, will be at the price of 290€ and in EU sizes 38-47