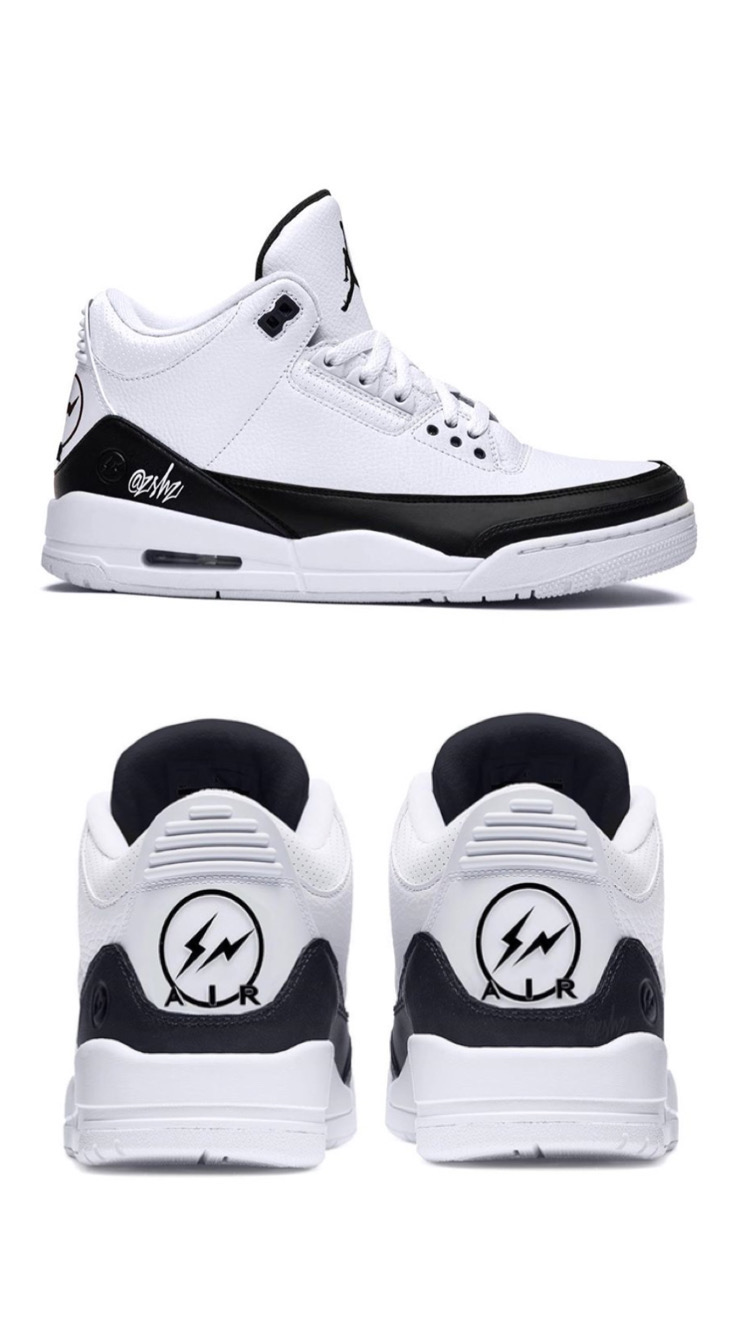 At the beginning of this year 2020, the great Japanese designer Hiroshi Fujiwara was seen with a pair of Jordan III never seen before on his feet. According to rumors, this new version of the silhouette created by Tinker Hatfield could be released after the summer. This iteration of Fragment Design x Air Jordan 3 comes in a two-tone white and black color scheme.

First of all, a quick word about Fragment Design and the legendary Hiroshi Fujiwara.

Fragment Design is a multidisciplinary company of Japanese designer Hiroshi Fujiwara. Nicknamed the godfather of streetwear and recognized as a precursor of the hip-hop movement in Japan and internet influencers, this multi-talented musician has brought streetwear to a prestigious dimension. Fragment Design collaborates with leading brands in the world of sneakers and fashion such as Nike, Jordan Brand, Converse, Carhartt and Louis Vuitton.

The shoe presented today consists of a smooth white leather upper with black accents. The usual elephant print is replaced by smooth leather overlays in black color. To complete the design, the jumpman appears embroidered with black thread on the tongue and the Fragment lightning bolt logo coupled with AIR branding stands out on the heel. The two-tone look of the pair is accentuated by the inner lining dressed in white contrasting with the black inner part of the tongue. The whole is based on an all-white sole equipped with an Air unit visible under the heel.

The Fragment Design x Air Jordan III is scheduled for release in the fall of 2020 at select retailers and on Nike.com. More info coming soon…Stay tuned.

Also note that another collaboration based on the Jordan Air Cadence is announced for the end of 2020.