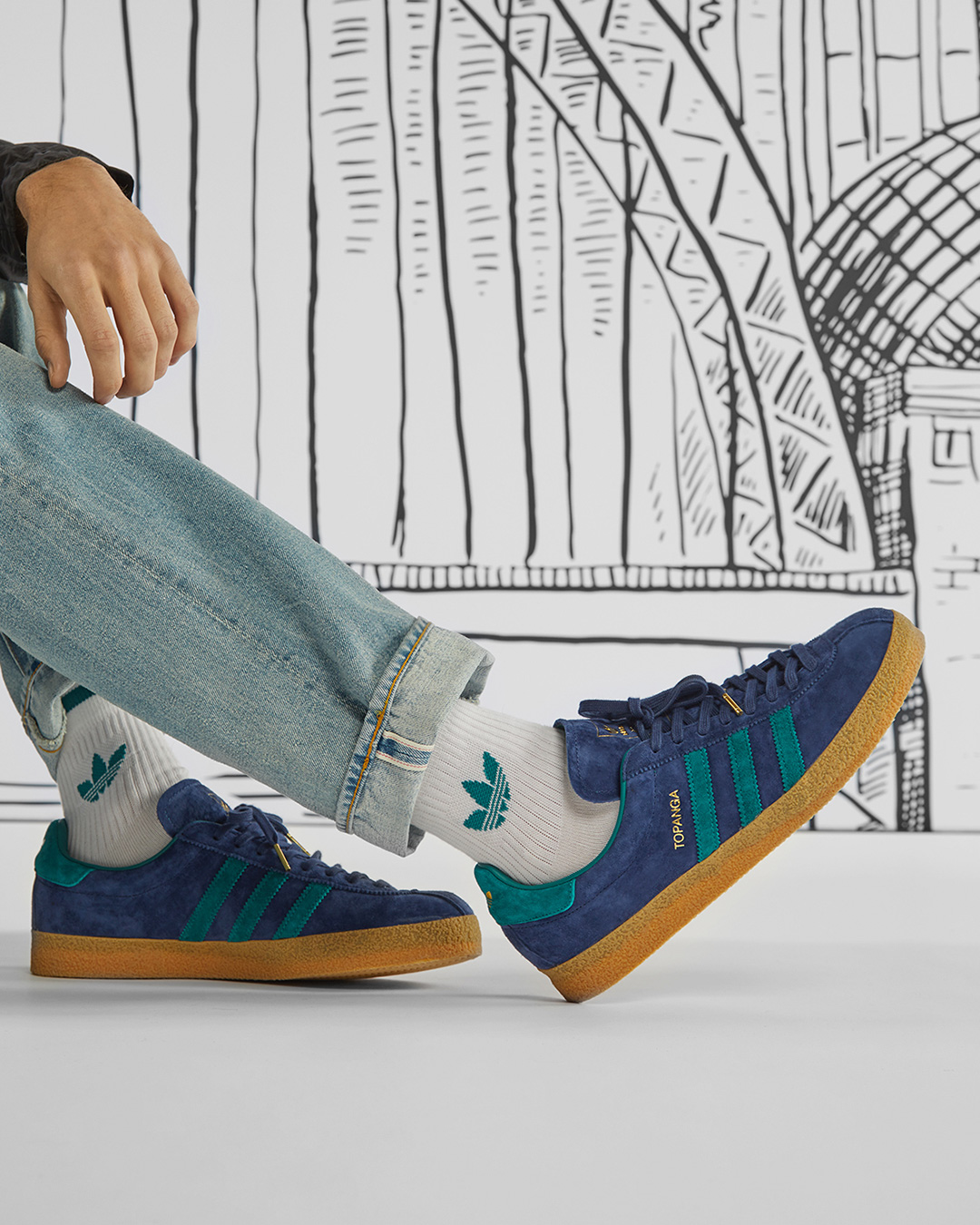 For their 15 years of existence, the English from END. have teamed up with Adidas to offer us a capsule collection inspired by the famous team sport, soccer (football), and featuring the three flagship cities where their stores are located : Newcastle, hometown, London and Glasgow.

To each city corresponds an ADIDAS original silhouette :

Newcastle is represented on a CLMBA, renamed Grainger in reference to the shop address. Entirety white from the sole to the laces, with blue, green and red stripes, which are also the colours of the plugs presents on the typical sole of this model.

London takes shape on an old school runner New York silhouette. This new version comes in three colours, the upper in red mesh, the toe box and the laceguard in blue suede and lastly the heel in green suede. The three stripes are white and the branding details are gold.

Glasgow has the Topanga model in a blue colour all over the shoe, only the stripes are green. The shoe is made of premium suede and has a classic Adidas rubber sole.

The textile items of this capsule collection are also in these three colours : blue, green or red. Matching guaranteed.

END. has planned an original event in its London store to launch this project and commemorate its anniversary. Participants will be able to create their own flag and support the team of their choice or of their favorite pair, in this case. The goal is to share a friendly moment in a sporting spirit and a festive atmosphere typical of gatherings around football.

This capsule collection will be available in stores from Saturday 14 March 2020. In the meantime, online registration is possible at launches.endclothing.com until this deadline.