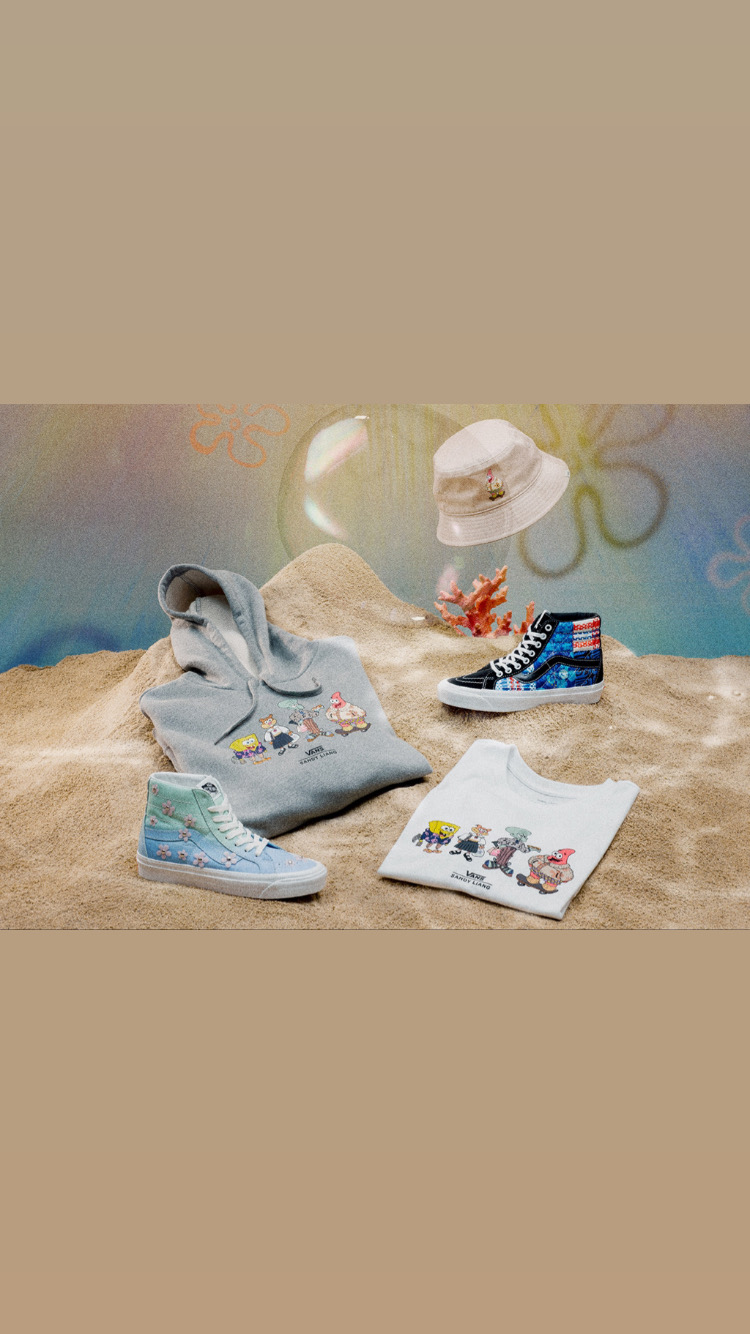 New York-based designer Sandy Liang is a fan of the SpongeBob animated series. Already in 2019, she partnered with Nickelodeon to design a t-shirt honoring the famous residents of Bikini Botton, adorned with its distinctive signs. Now, she’s teaming up with the SpongeBob Square Pants imprint and California-based brand VANS for a never-before-seen capsule collection.

This capsule includes 5 pieces featuring the world of SpongeBob. It consists of a hoodie, a t-shirt, a bob and 2 versions of the iconic Vans Sk8-Hi 38 DX silhouette.

The grey hoodie and white t-shirt feature the 4 main characters from the animated series on the chest, and the off-white bob features the fun Patrick Star.

The first sneaker is particularly inspired by the set of the series, with a combination of prints reminiscent of the ocean floor and the smiling silhouette of SpongeBob on the heel. The second version refers to Sandy Cheeks. It comes in pastel blue and green tones, and features embossed pale pink flower ornaments. Both versions feature a traditional white sole with the red VANS badge under the heel.

The Sandy Liang x SpongeBob x Vans collection will be released on June 4, 2021 at select retailers and on vans.com. Enjoy !