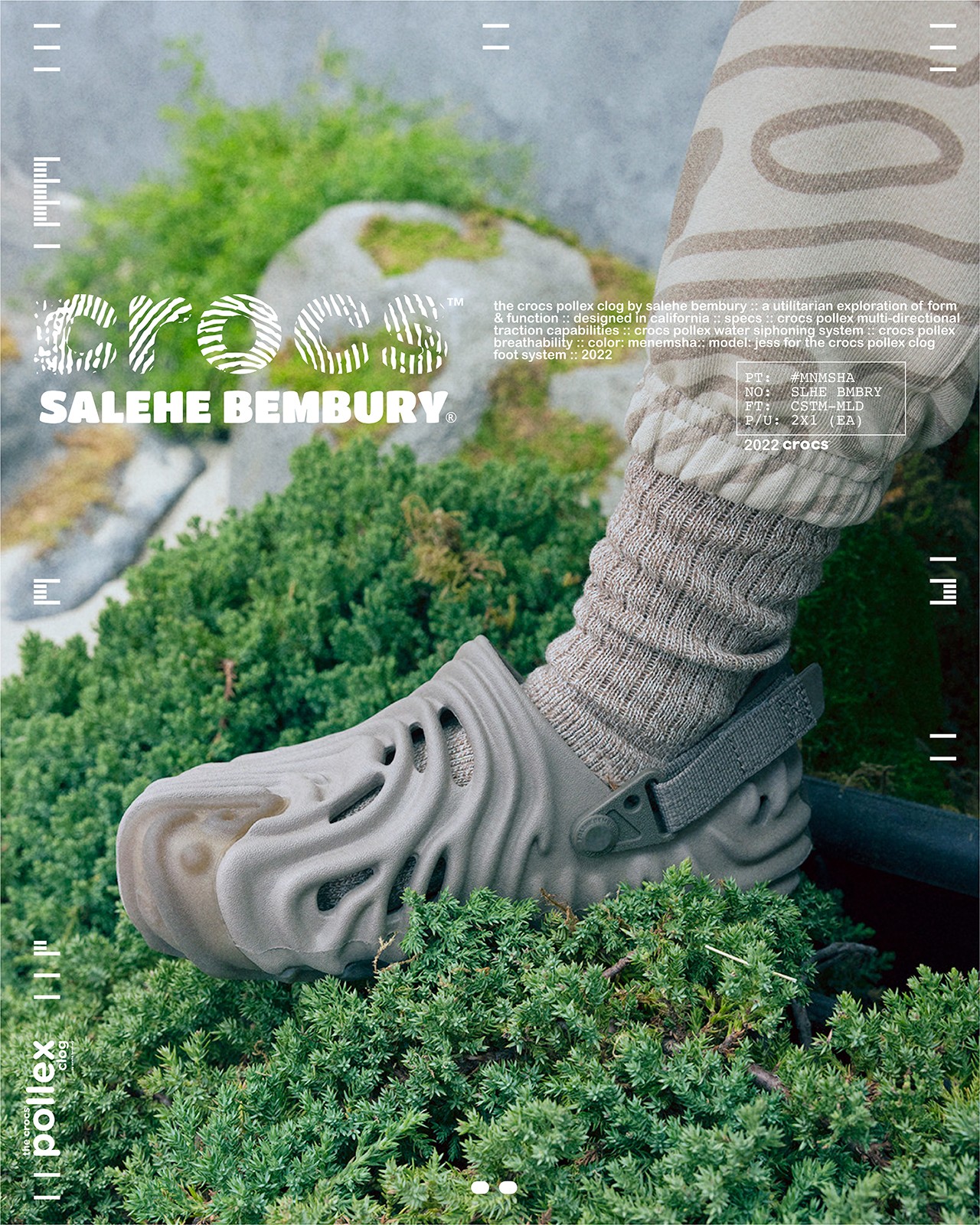 For some time, the famous designer Salehe Bembury has been teasing a collab with the brand CROCS. First unveiled in a white « Stratus » colorway (article available HERE), the new clog then appeared in 3 other understated versions. Only one thing was missing : the release date of this Salehe Bembury x Crocs Pollex Clog collection. It has just been communicated a few hours ago.

Salehe Bembury has given a new direction to the classic clog of the Crocs brand. The « Pollex Clog », from the footwear designer of the year 2020, is an exploration of form and function, which combines the Crocs heritage with innovative design. The clog comes in 4 simple but effective colorways : white « Stratus », light blue-grey « Urchin », beige « Menemsha » and green « Cucumber ».

It features 3 of Salehe Bembury’s signature fingerprints fused together, with widely exposed concave ridges allowing for multidirectional traction. Always concerned with optimizing comfort, the New York designer added holes on the upper of the shoe, which correspond to the high heat zones of the foot, to enhance breathability. The shoe is modular thanks to the adjustable and removable heel straps. It can thus be used according to individual taste : in outdoor lifestyle and trail mode, or simply as a garden clog or slipper. To complete the look, the co-branding appears in relief and in tone on tone on the reinforcement at the back of the heel, where the velcro straps are positioned. As always with the talented designer, it’s all in the detail !

The Salehe Bembury x Crocs Pollex Clog collection will be released on December 14 and 15, 2021 for a price of 85$. To have the chance to buy a pair, you have to sign up on the designer’s brand mailing list : beaspunge.com. The green « Cucumber » version will also be available on crocs.com via an open raffle from December 14 to 15, 2021. Good luck !