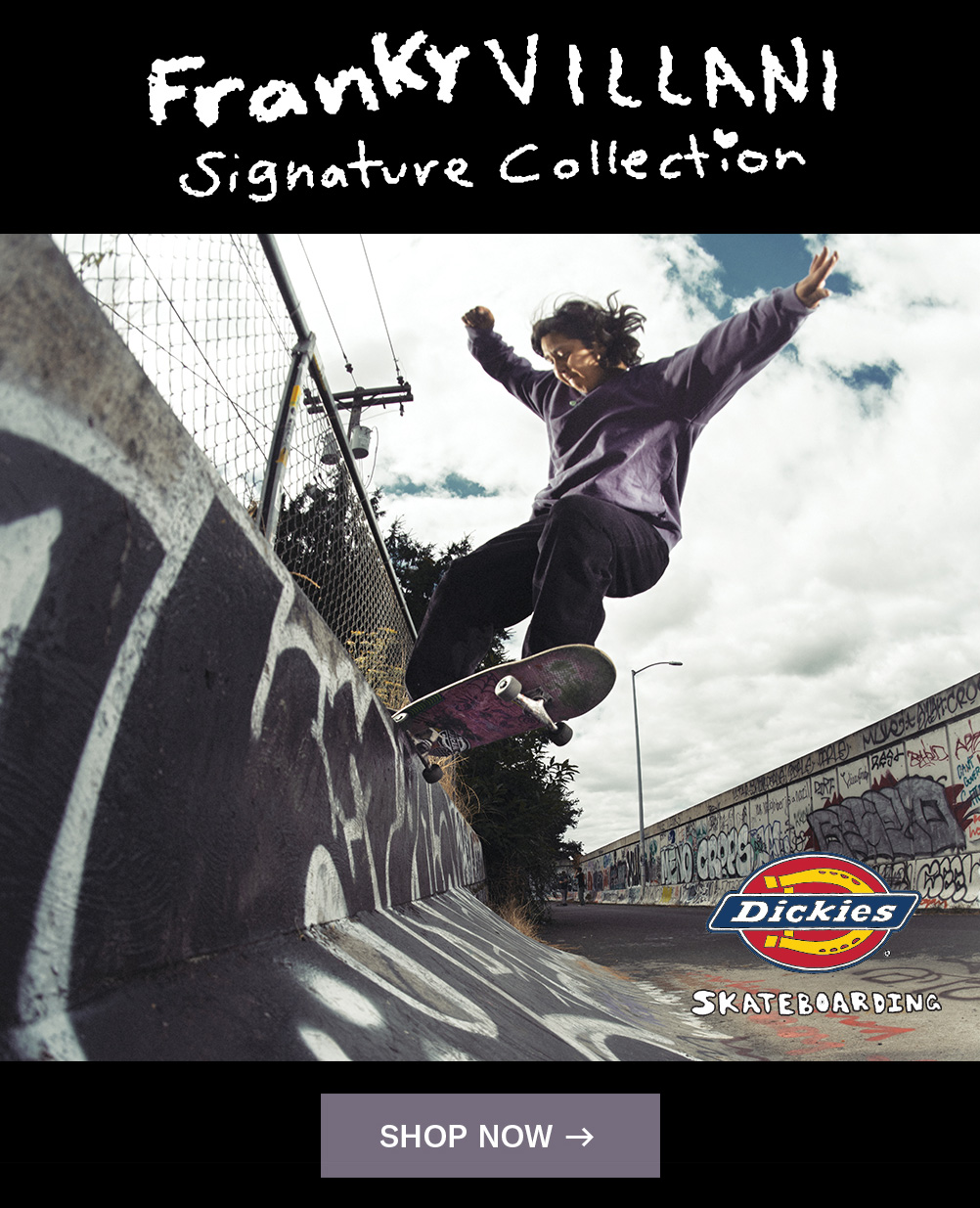 Franky Villani is a young skateboarder from Santa Ana, California who is known for mixing skateboarding styles and performing unconventional tricks. Turning pro in 2018, he joined Team Dickies a year later. In 2020, Francky Villani was featured in « One Big Raw Mess » in the leading magazine, TRASHER. The young man, often mocked for his somewhat chubby appearance, has always devoted time to drawing, which he considers part of his relaxation routine.

Franky Villani put his artistic remarks to work to create the graphics for this collaborative capsule collection. He was inspired by the 90’s horror movies he collects, Japanese cartoons and the « Day of the Dead » celebration.

The skateboarder said : « For me, 90’s horror movies are the most powerful because they are all based on makeup effects, unlike computer animated special effects that are not as well done. »

Pieces in this collection are adorned with baby vampires hand-drawn by the famous skateboarder-artist. They appear on hoodies and t-shirts. The 2 partners also offer us an Eisenhower jacket and a corduroy workpant, as well as overalls. These items are offered in hazy shades of black, dark grape and lincoln green.

The Franky Villani x Dickies collection is now available online at dickieslife.com. Prices range from 99€ for the overalls to 39€ for the t-shirt, including 85€ for the jacket, 75€ for the pants or hoodie, and 69€ for the collared sweatshirt. You can also watch Franky’s interview and video for Trasher here : https://www.thrashermagazine.com/articles/franky-villani-interview/