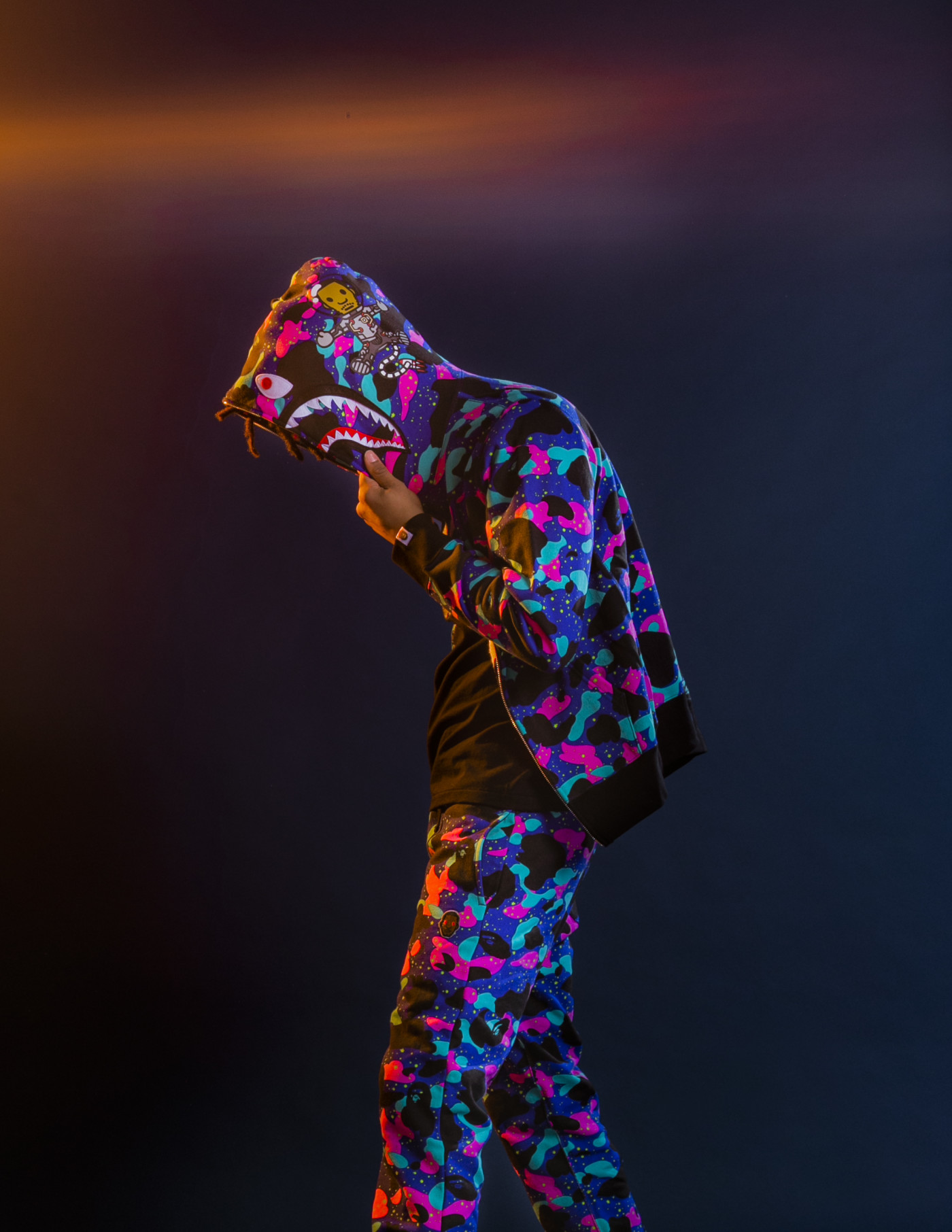 Going back to the legendary collaboration between the Run DMC group and adidas, and more recently Drake and Nike with the creation of the sub-label NOCTA, hip-hop artists have emblematic affinities with major sportswear and streetwear brands. Today, a new association is born : rapper Kid Cudi has teamed up with the famous Japanese streetwear brand BAPE to design a complete capsule collection.

Kid Cudi has already expressed his strong appreciation for the founder of the BAPE brand, Nigo. He finds him inspiring and has great respect for him. In fact, for the record, before becoming fully involved in music, the American rapper worked as a salesman in the BAPE shop in New York.

This collection is the largest that BAPE has ever developed with an artist.

It consists of 20 pieces, including a representation of Kid Cudi as Baby Milo and his signature « Moon Man ». We find classic streetwear brand items draped in an « ENTERGALACTIC » version of the BAPE signature camo, such as zipped hoodies and hoodies, crewneck sweaters, t-shirts and joggers. Jeans, cardigan and bomber jacket were also designed. Caps and beanies are also offered to go with these clothes, as well as a G-Shock watch, mostly in pink and red colors.

The BAPE x Kid Cudi collection will be released on February 20 in BAPE stores, as well as online at bape.com and shop.kidcudi.com. Don’t sleep !