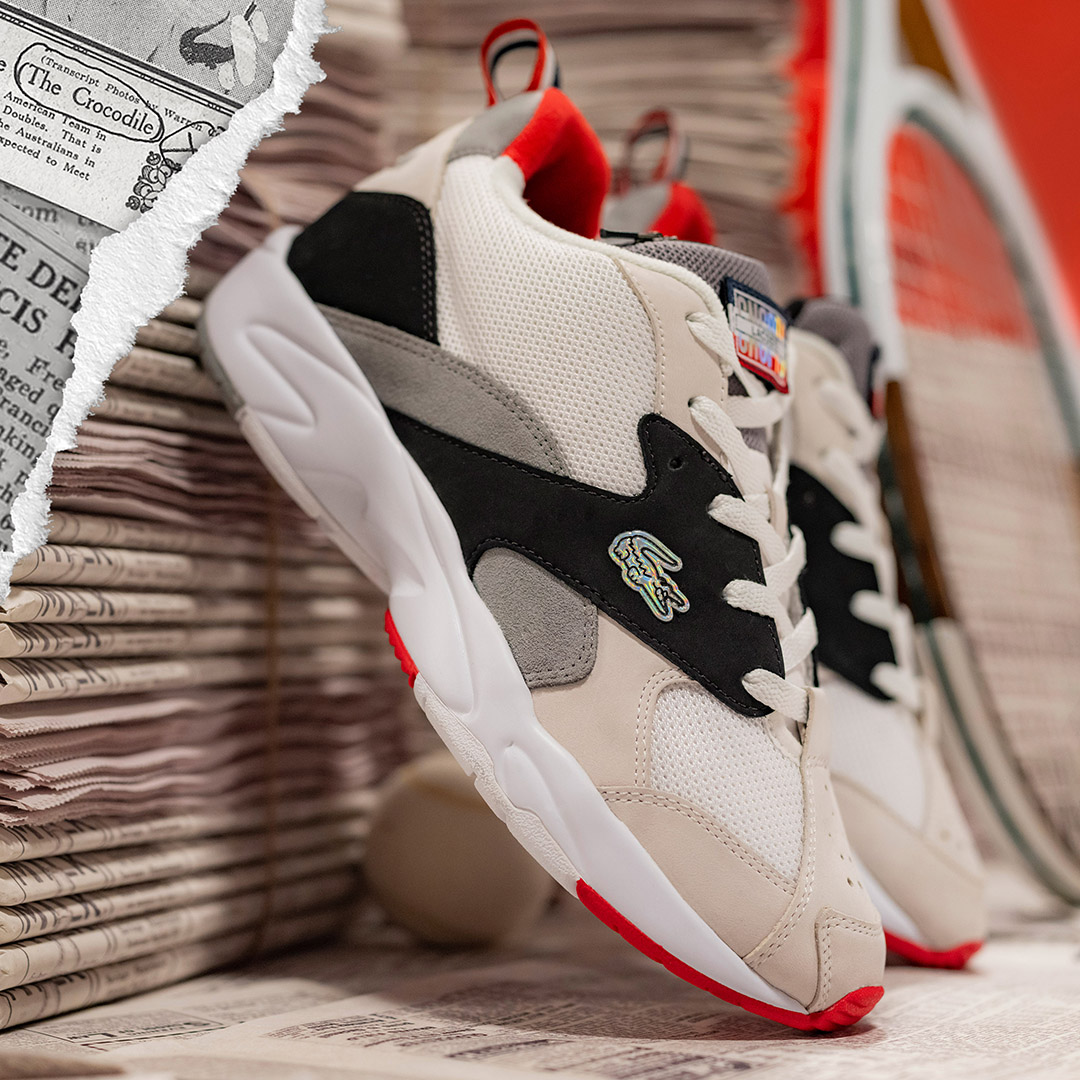 The famous French high-end casual wear brand LACOSTE has teamed up with the American company Concepts to design a first capsule collection in a limited edition. This collaboration mixes the streetwear universe of the Boston shop with the timeless elegance of the brand co-founded by René Lacoste more than 85 years ago. A textile collection is proposed as well as a sneaker based on the silhouette of the first Lacoste running : the Velocity, renamed « Storm 96 ».

The two labels seem very different but in the end, they share common elements. The city of Boston is the cradle of Concepts but also a place that marked the history of the Lacoste label. Indeed, during a tennis match played by René Lacoste in August 1923, a journalist from the « Boston Evening Transcript » nicknamed the tenacious French tennis player « Crocodile ». This reference influenced René Lacoste in his choice of logo, which has become legendary. René Lacoste had been charmed by the city of Boston and its atmosphere, he said he felt as much French as American. The two companies share common values of commitment, know-how, innovation and excellence.

For the name attributed to the pair presented today « Storm 96 », the number 96 corresponds to the year 1996. It coincides both with the launch of the first Lacoste « Velocity » running and with the opening of the first Concepts boutique.

This sneaker is limited to 650 units. It retains its original 90’s shape and has modern touches on the finishes and details.

The shoe features a white mesh upper with beige leather overlays on the front of the foot, and black nubuck and grey suede on the laceguard, sides and heel. To add modernity to the pair, an iridescent crocodile logo appears on the black quarter panel, the tongue patch is interchangeable and a discreet small storage pocket hidden in the tongue allows for storage of other units. The inner lining is trimmed in white and red at the heel. To affirm the design, the Lacoste name appears on the heel and the iridescent Concepts brand adorns the tricoloured heel strap. The whole is based on a white EVA midsole and a white rubber outsole with touches of red on the front of the foot and grey under the heel.

A textile collection in pastel shades with reflective details has also been developed. It consists of iconic items such as hoodies, t-shirts, tracksuits, swim shorts, windbreaker and caps.

As Tarek Hassan, the founder of Concepts says, « We want to offer customers a collection of an international historical brand with a unique Concepts touch that combines the future of sport and luxury ».

The Lacoste x Concepts textile collection and sneaker « Storm 96 » will be available on August 14, 2020 in Concepts stores in Boston, New York, Los Angeles, Shanghai and Dubai, as well as on lacoste.com and CNCPTS.com.