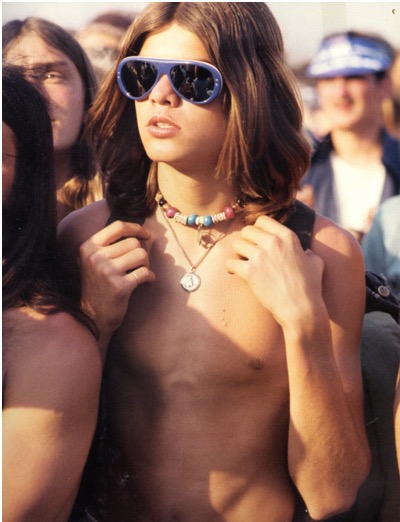 The French brand VUARNET unveils an eyewear and clothing capsule paying tribute to the Z-Boys, a skateboarding crew from the 70’s in Santa Monica. It’s named « Dogtown » in reference to Venice Beach, the original area of this gang of skateboarding friends.

Founded in 1957, VUARNET was born in the French Alps but gained popularity on the California coast when Jean Vuarnet, the skier and co-founder of the eponymous brand, won the Olympic gold medal in Squaw Valley in 1960. With sunglasses on the ski slopes, he launched the VUARNET brand which was an immediate and worldwide success.

For this capsule, the French company was inspired by the many images of Z-Boys wearing original VUARNET sunglasses. We discover a limited edition of 100 pairs of sunglasses made of bio-acetate and featuring a retro 70s design with an oversized and curved construction. They are numbered and available in dark blue.

VUARNET also called on the Biarritz skateboarders ON Y VA who bring the eccentric Californian style of the Z-Boys to the Basque coast. These artists-skaters-surfers have redesigned the iconic VUARNET logo in the 70’s style they love so much. It appears in a combination of blue/yellow, pink/blue, coral/fuchsia. It can be seen applied to a limited series of white hoodies and white or black t-shirts.