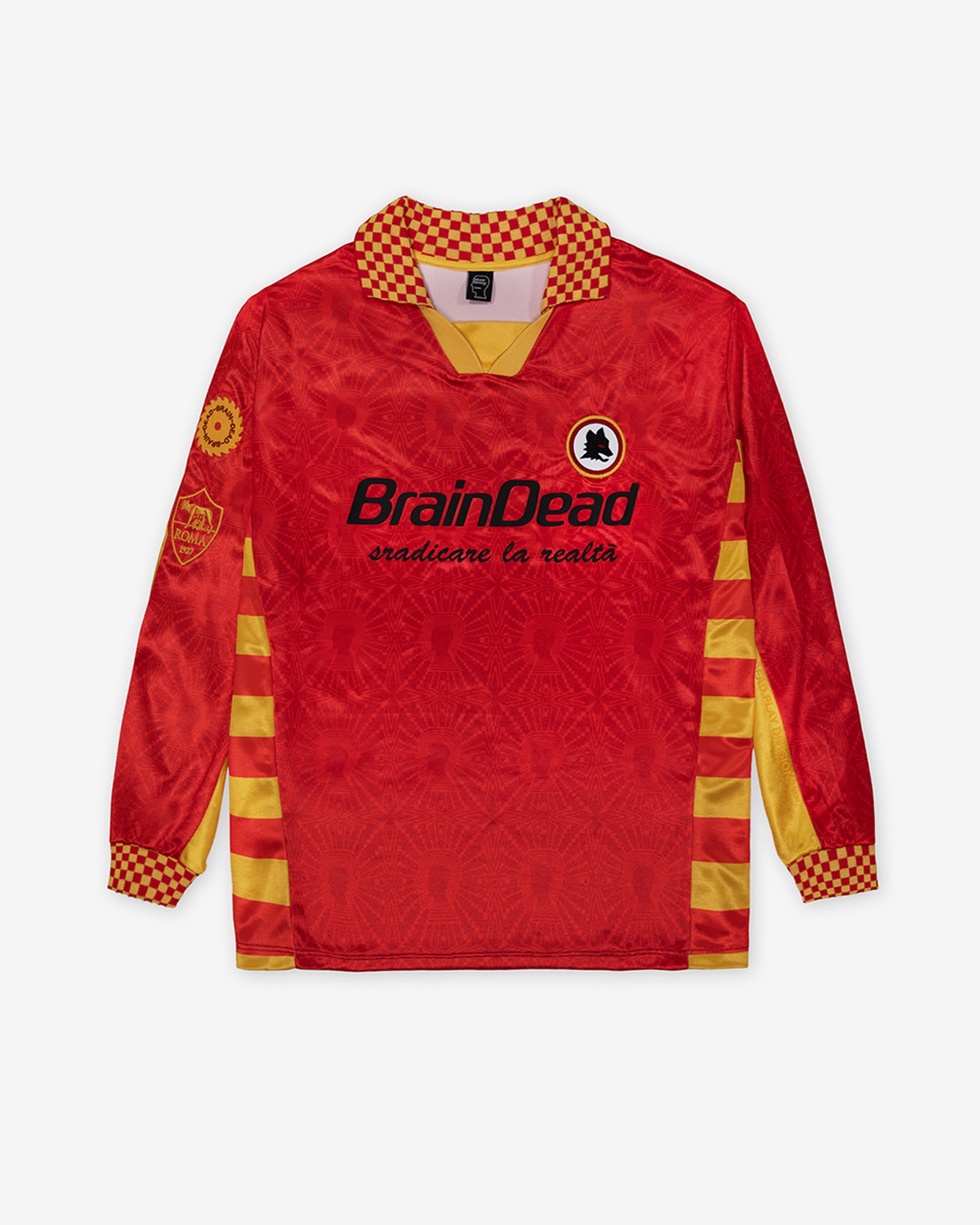 The fruitful experience of collaborations between major soccer clubs and sport/streetwear brands, such as Juventus x Palace and most recently PSG x Jordan (article available HERE), has paved the way for a new generation of jerseys and training outfits. AS Roma endorses this trend and has teamed up with Brain Dead, the world-renowned creative artists collective based in Los Angeles, to design this year’s brand new 4th jersey and shorts.

« Brain Dead and Roma have developed a kit that resonates with the essence of a team that has been able to bring victories to its people with a pure passion for the game » reads an official press release.

Roma is currently in the final year of its partnership with Beaverton giant Nike, after both partners agreed to terminate the existing agreement. This makes possible future unexpected collaborations, such as today with the independent art label Brain Dead. The latter brings sport into another universe, that of fashion. This project can thus bring new fans, coming from the fashion world, to Roma as well as incite tifosi to take an interest in the creation of clothing.

The jersey presented was added to the PES 2021 as part of the latest Data Pack 3.0. It features long sleeves and combines the Italian club’s emblematic colors of red and yellow. Brain Dead chose to reintroduce the old circular logo from 1977 to 1997 « lupetto nero » (the black cub) on the chest and to arrange its own in an all over pattern in a subtle way, thanks to its shade of color. The Brain Dead brand and the slogan « Sradicare la realtà » (Eradicate reality) in black, decorate the center of the jersey. We also find an AS Roma crest and a circular yellow Brain Dead logo on the upper right arm. A yellow and red checkered collar and cuffs, as well as two-tone sleeves and side stripes complete the vintage design of this collaboration.

The shorts appear in yellow with red and yellow checkered hem. The embroidered cub logo and the black Brain Dead inscription appear on the side of the thigh.

The Brain Dead x AS Roma kit was released on December 18 as a limited edition on the Italian club’s websitehttps://www.asromastore.com/ and the Brain Dead website wearebraindead.com, as well as in all Dove Street Market stores and at selected retailers. The jersey costs 110€ and the shorts 50€. There is still some stock left, don’t sleep !