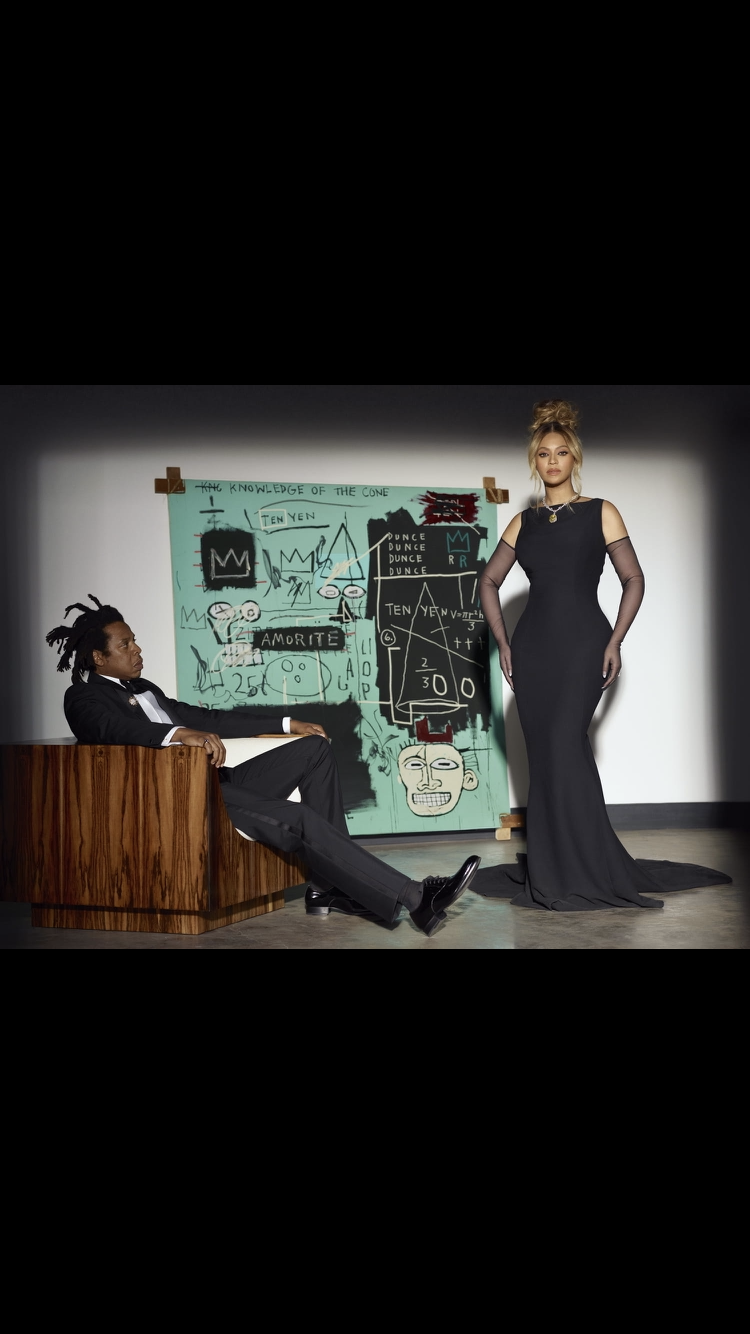 The famous jeweler TIFFANY & CO, which is part of the French luxury giant LVMH, invited the star couple Beyoncé and Jay-Z to participate in the first part of the advertising campaign « About Love ».

Wanting to bring a modern touch to the jeweler, Alexandre Arnault, the 29-year-old son of LVMH’s founder, became executive vice president of product and communications at Tiffany’s. On August 23, he revealed the first part of the new advertising campaign called “About Love” featuring the famous artist couple, Beyoncé and Jay-Z.

Alexandre Arnault said : « Beyoncé and Jay-Z are the quintessential modern love story. As a brand that has always stood for love, strength and self-expression, we couldn’t think of a more iconic couple that better represents Tiffany’s values. We are honored that the Carters are part of the Tiffany family. »

The « Carters » each appear with an iconic piece of the brand’s jewelry, in front of Jean-Michel Basquiat’s 1982 painting « Equals Pi », recently purchased by Tiffany’s. (The background color is a perfect match for Tiffany’s signature color).

Beyoncé wears the 128.54 carat 19th century Tiffany diamond. She is only the 4th person in the world to have had the privilege of wearing this iconic ball, and the very 1st black woman. Jay-Z hung a brooch on his jacket, recreated as a pair of cufflinks,.

As part of the collaborative work with Beyoncé and Jay-Z, Tiffany & Co will donate $2 million for scholarship and internship programs for historically black colleges and universities.

This « About Love » print campaign will launch on September 2, 2021. An accompanying film shot by Jay-Z with a Super 8 camera and directed by Emmanuel Adjei will be released a few days later on September 15. The film will feature Beyoncé performing « Moon River », the Tiffany’s song previously performed by Audrey Hepburn.