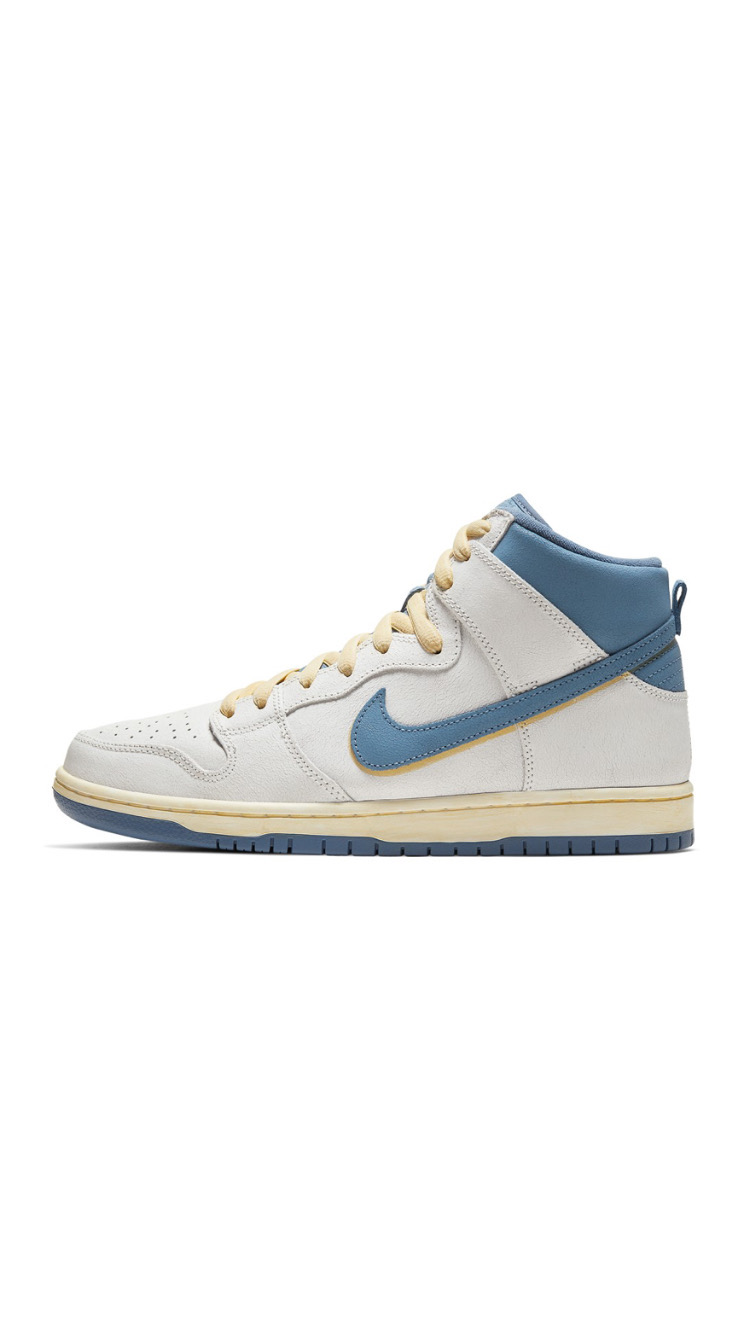 The craze for the sneakers that resulted from collaborations with Nike’s SB division is in full swing. Not only the famous artist Travis Scott, but also many skate shops around the world have developed pairs in partnership with the American giant. After Instant Skateboards and Civilist (articles available on this site), the Californian skateboard store ATLAS is now bringing its touch to the popular Nike SB Dunk. Changing the habits a little bit, this silhouette is presented to us in High version and is called « Lost at Sea ».

The name of this shoe refers to the incident of the cargo ship « Hansa Carrier » in may, 27, 1990. This boat was carrying a large cargo of Nike shoes designed in Asia and traveling to the United States. However, heavy storms caused 21 containers with more than 60,000 Nike sneakers inside to be lost at sea. Six months later, these shoes reappeared on the beaches of the Pacific Northwest, creating an original and unforgettable anecdote !

However, in spite of the name referring to the sea, this shoe adopts a retro design inspired by the basketball silhouette, the Nike Air Flight 90. This shoe joins the universe of skate and basketball, and features a white cracked leather upper with tone-on-tone overlays like mudguard, laceguard and heel counter. A touch of contrast is provided by the side swoosh, collar, tongue, inner lining, insole and heel tab in ocean blue. To accentuate the pair’s vintage look, the contours of the side swoosh, thick laces and midsole appear off-white/yellowed. Another nod to the Nike Flight 90, on the tongue the Nike SB and Atlas co-brandings stand out respectively embroidered in white and red. An ocean blue rubber outsole with a red reminder under the middle of the foot, finalizes the famous retro design very popular at the moment in the world of sneakers.

The Atlas x Nike SB Dunk High « Lost at Sea » is expected to be released before the end of this year 2020, exclusively in the San Francisco ATLAS store, then in selected skate shop and on Nike.com. No precise date has been communicated so far, stay tuned… 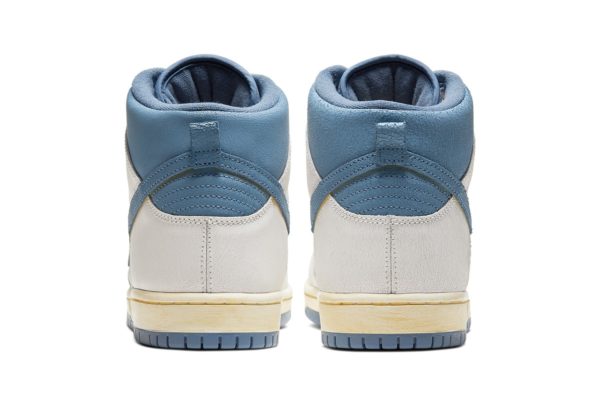 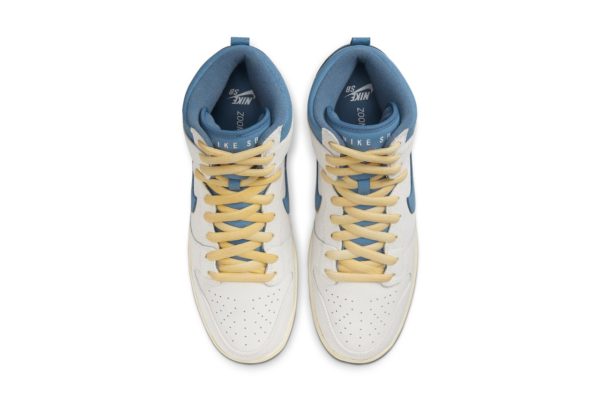 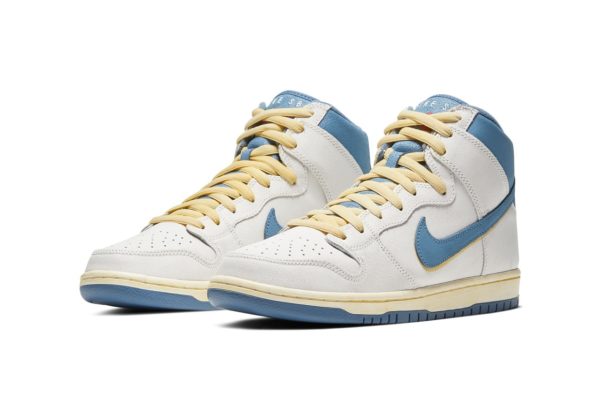 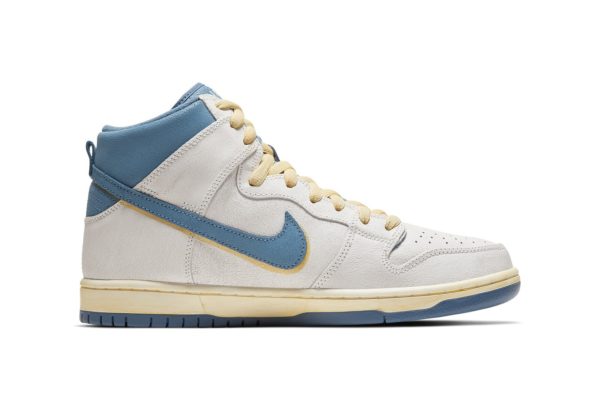 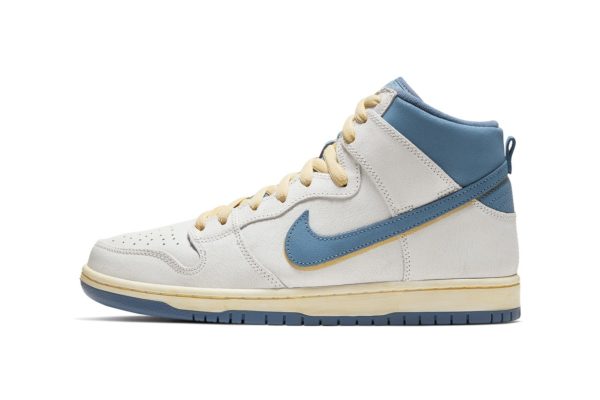