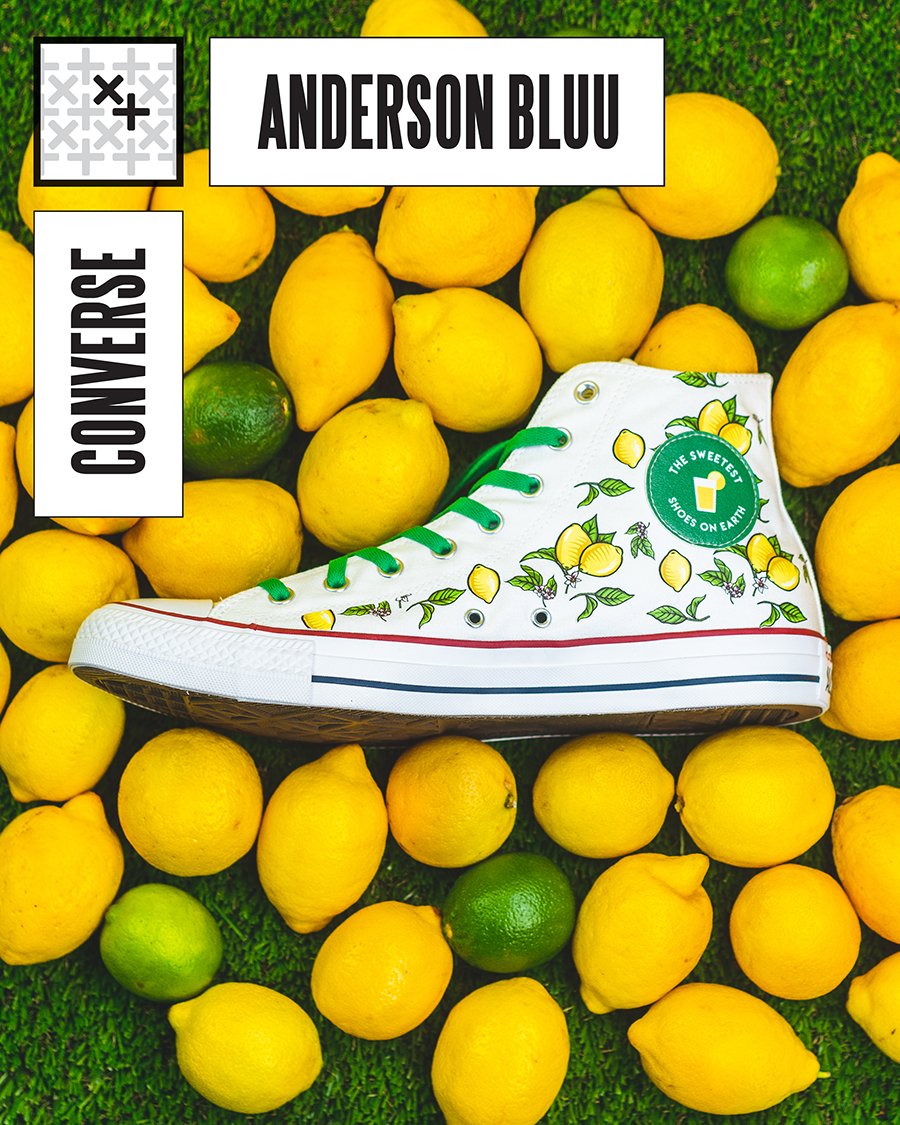 New York based self-taught graphic designer Anderson Bluu is once again teaming up with sports retail giant FOOT LOCKER. After revisiting the Asics GEL-Lyte III in 2019, the designer participates in the Collaboraid project developped by Foot Locker. This time, Anderson Bluu joins forces with Converse and presents us a Chuck Taylor All Star “Lemonade” limited to 200 pairs, with a refined and bold design.

In order to financially help the many people affected by the Covid-19 pandemic, several major brands have developed creative and solidary projects. On September, 1, 2020, the famous brand FOOT LOCKER announced a new collection called Collaboraid, already bringing together designers such as Sophia Chang, Just Don, A$ap Ferg and Chinatown Market. The projet aims to create limited edition shoes and clothing whose profits will be donates to individuals affected by the health crisis.

The shoe adopts a design inspired by Anderson Bluu’s childhood : the beautiful summer days with family barbecues, as well as homemade lemonade prepared by the graphic designer to earn money to buy sneakers.

The sneaker consists of a white canvas upper covered with elegant lemond design. We find a reminder of the color of the leaves on the laces and the emblematic Converse ankle logo, here re-imagined in green color. ” The sweetest shoe on Earth” is substituted for Converse All Star inscription and the iconic “star” is replaced by a tall glass of lemonade. The vintage tongue label adds cachet to the pair. The whole is based on the classic white sole with red top line and blue bottom line, combined with rubber outsole.

The Anderson Bluu x Converse Chuck Taylor All Star ” Lemonade” for the Foot Locker Collaboraid collection will be released exclusively on FootLocker.com on September, 16, 2020, for 150 €. This pair is limited to 200 copies, be ready !