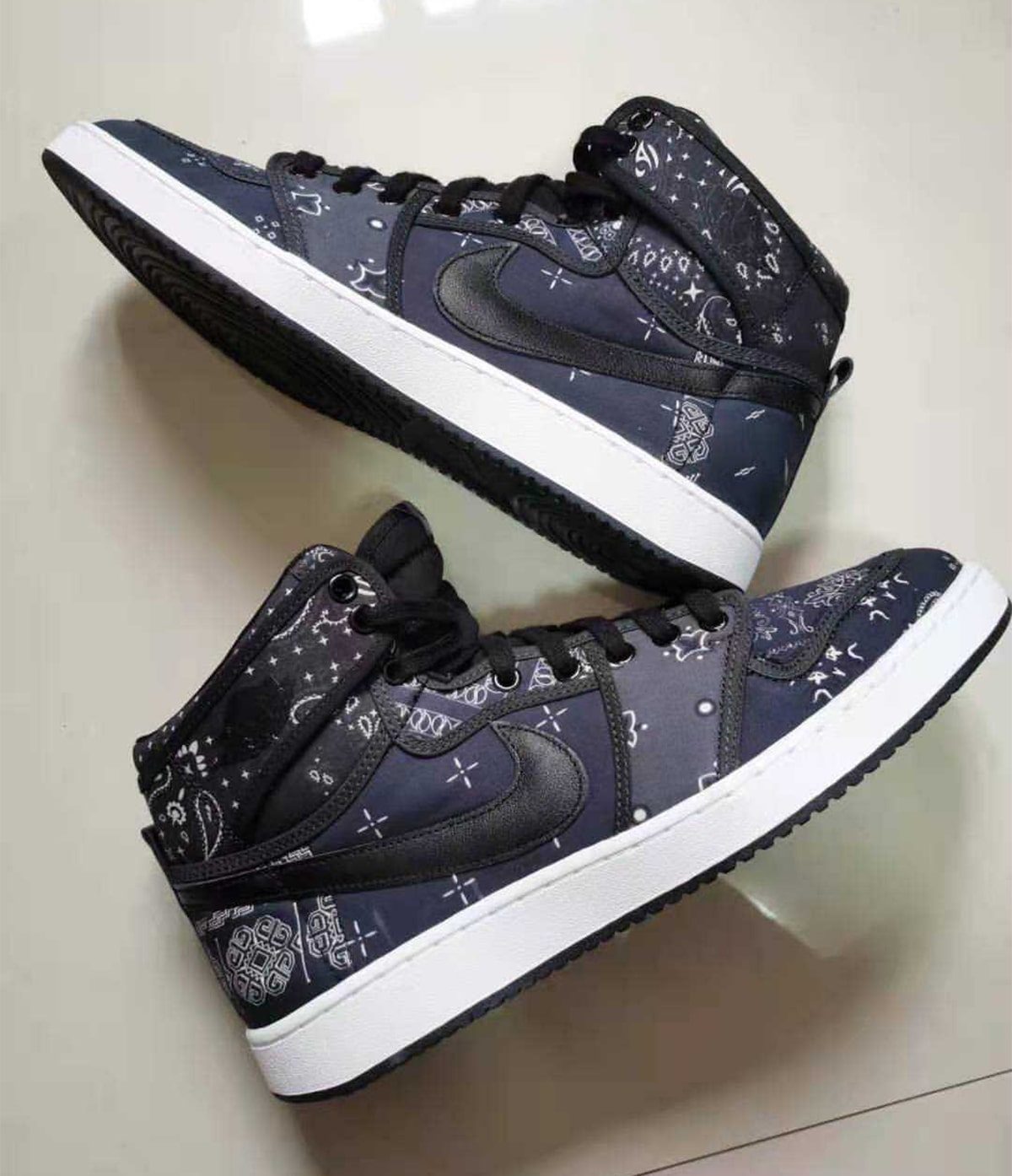 The brand at the Jumpman continues its range of iconic or new colorways on the hyper-popular Air Jordan 1 silhouette. The rumor of an iteration adorned with a paisley pattern is confirmed, it appears in the form of an AJ1KO « Paisley ».

The Air Jordan 1 KO has always been the least sought-after version of Michael Jordan’s first signature pair, because it is constructed of canvas rather than leather. However, Jordan Brand has still put this model forward by adorning it with mythical colorways such as Chicago or Bred.

With this very popular « Paisley » print, the brand at the Jumpman is doing everything it can to attract our attention.

The retro shoe, introduced in the 80’s, consists of a navy blue canvas upper, which looks like it was hand-dyed because of the shades of color that the different inserts contain. To assert this vintage aspect, combining raw and faded fabric, the overlays are adorned with very dark navy blue lapels and the Paisley patterns are printed in white on the whole shoe. The black color chosen to define the leather side swoosh, the Wings logo on the ankle, the nylon tongue and the laces, brings an additional touch of elegance. A white midsole combined with a black outsole finalize the design.

The Air Jordan 1 KO « Paisley » is expected to be released soon, perhaps included in a pack, at selected retailers and on nike.com, for a price of 140€. More info coming soon, stay tuned…